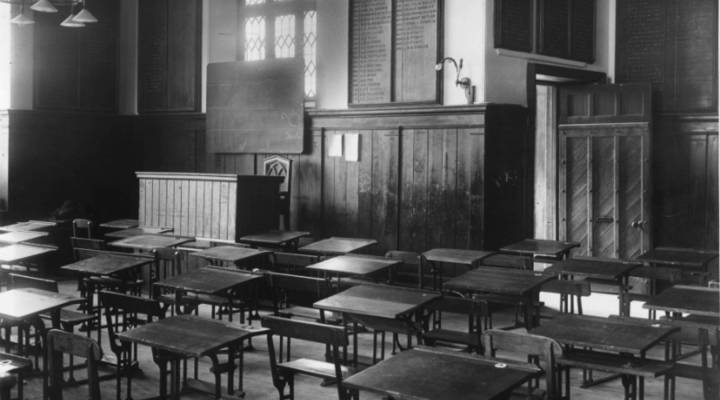 Imagine it’s 2026, and you’re one of a billion people using a new digital platform called the Ledger.

So begins a new video from the Institute for the Future and ACT Foundation, envisioning a future system that would reward any kind of learning – from taking a course, to reading a book, to completing a project at work.

“Your Ledger account tracks everything you’ve ever learned in units called Edublocks,” the video’s narrator explains. “Each Edublock represents one hour of learning in a particular subject. Anyone can grant Edublocks to anyone else.”

The Ledger would use the same technology that powers bitcoin, the virtual currency, to create a verifiable record of every learning transaction, said Jane McGonigal, director of game research and development at the Institute for the Future, a think tank in Palo Alto, California.

A new education currency could supplement, or offer an alternative to, the four-year college degree, she said, one that’s suited to a rapidly changing economy.

“It’s very expensive to get degrees,” McGonigal said. “By the time you finish it, what employers want you to know has changed, and so learners today are looking for a way to learn just in time for the job they want.”

Alternative credentials exist now, including digital “badges” awarded by industry groups, certificates of mastery for open online courses, and credit for prior learning.

Richard Garrett has been watching the trend, as chief research officer at Eduventures. The challenge for future students and employers, he said, will be figuring out what these new credentials are really worth.

“If we start to open it up and say, ‘Well, anyone can claim to have learned something,’ who decides?” he said. “Who judges the quality of learning, not just the quantity of learning? That’s when it gets really tricky.”

Garrett said he is confident the college degree will remain the standard.

“A bachelor’s degree, rather than being a piece of paper, might now be a link that goes back and shows all the courses that a student took, that might show some of the student’s work and that also might be searchable,” she said.

That way an employer could find out not only if you passed Virtual Reality 101, but whether you mastered a certain programming language or worked well in teams.

“It just sort of opens up the space wonderfully for people to be able to move through our economy based on what they know and can do, and their ability to communicate that,” McCarthy said.

For people who don’t want – or can’t afford – a college degree, a new education currency could also offer cheaper ways to build a higher education, one credential – or Edublock – at a time.