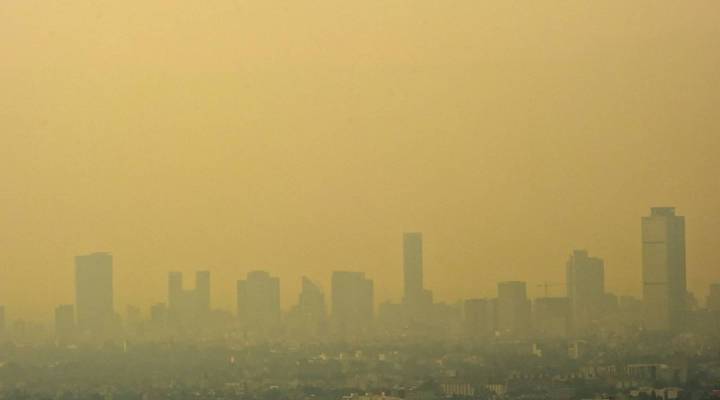 Anyone who has spent time in a larger city knows traffic can be a real drag on the economy, the environment, and people’s moods. But last month in Mexico City — home to some of the worst traffic in the world — things got so bad the city declared a “pollution emergency”.

It was the first such declaration in more than a decade, and a couple of weeks later the government decided to do something about it, expanding a program called “Hoy No Circula”  in an attempt to limit emissions. For one day a week, and one Saturday a month, most people have to leave their cars parked.

A meme about the traffic regulation that reads:this is what we will look like next week.

The program has actually been around for a while, but was previously limited in scope. Alberto Padilla is Mexico country manager for BlaBla Car, an online carpooling service.

“We used to have it,” he said from his office in Mexico City, “but then we had a lot of exceptions, depending on the type of car, and mainly the age of a car.”

But under the temporary expansion of the program, all cars are included except some hybrids, electric cars, and buses.

Since the program started on April 5th, BlaBla Car representatives said they have seen a 500% increase in business.

Many Mexicans are angry about the intuitive, which runs until at least June 30th, and have been venting their frustrations on social media. Some complain Mexico’s rich will just buy more cars to skirt the law.

“Because the first program basically affected people who were from low incomes, because they didn’t have the income to buy the much newer cars,” he said, “So it’s basically to make it more equal, they should have done that from the beginning. “

Like many other residents, he commutes—sometimes for three or four hours—to get to his job in the city from an outlying community, and he admitted it will be even more of a hassle to get around now. But he anticipates many people will just ignore the rule and pay whatever fines they have to in order to get where they want to go.