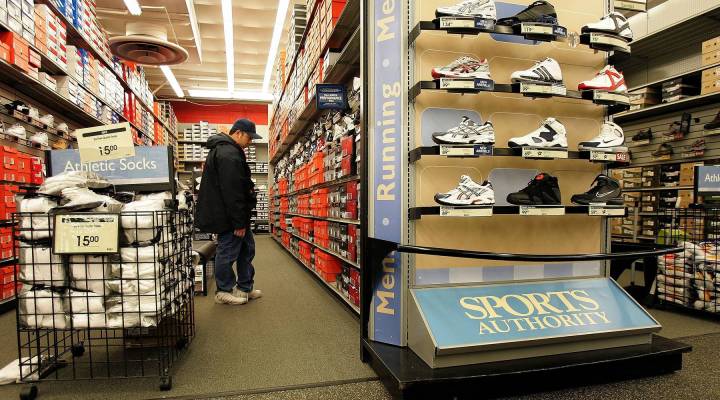 The sporting goods retail industry continues to see upheavals, as Vestis Retail Group filed for Chapter 11 bankruptcy on Monday. As part of its restructuring plan, the parent company will shutter dozens of the stores it owns, including eight Eastern Mountain Sports and all 47 of its Sports Chalet locations.

That comes less than two months after one of the leading retail chains, Sports Authority, filed for bankruptcy. Industry experts said failures in online sales and a glut of competition led to the financial challenges.

“You’ve got way too many stores selling too much similar product. Some of them need to go away,” said Jeff Harbaugh, a consultant for small-to-mid market active outdoor companies.

He said Sports Chalet’s focus on selling a variety of high-priced products to committed outdoor enthusiasts didn’t work for the size of the chain.

Horan said Dick’s is well situated to benefit from the restructuring of its competitors.

“One of the things that will happen with the Sports Authority bankruptcy is that all of the Sports Authority leases will be auctioned off,” Horan said. “That’s going to give Dick’s a tremendous opportunity to increase its presence in the California and West Coast market, which it is in now, but probably not to the degree that it would like to be.”

He said despite the losses, the industry as a whole stands to gain, once stock liquidation sales are finished.

“There’s definitely going to be a disruption over the first half of this year, and then the second half of the year, it should be considerably healthier,” he said.