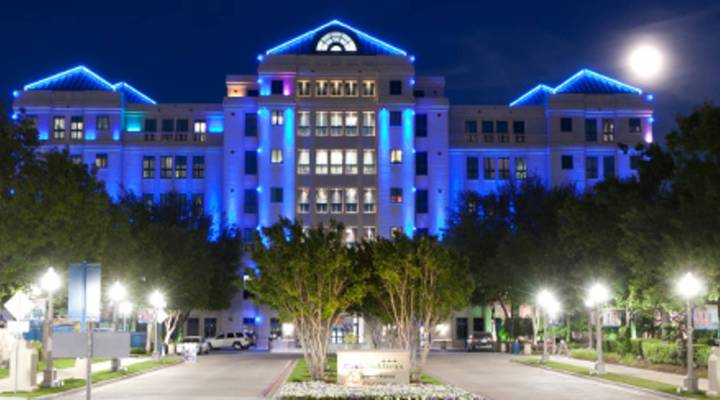 Doctors at Cook Children’s Medical Center in Fort Worth are used to treating cases of abuse. Dyann Daley, a pediatric anesthesiologist at Cook Children’s, remembers a tiny toddler who had been kicked by his father in the stomach. “We didn’t know exactly what the injury was when he came into the operating room,” she said. “But he had come into the hospital awake.”

Although doctors tried to keep him alive, the injury just wasn’t survivable. He bled to death during surgery. “It was an emotional time because of the type of injury he had and how close he was in age to my own children,” Daley said.

In 2013, more than 1,500 American children died from abuse and neglect. That’s the most recent national info available. Last year in Texas, the Department of Family and Protective Services announced 170 children died. Tarrant County, which includes the city of Fort Worth, has one of the highest rates of abuse in the state. Dyann Daley, who runs Cook Children’s Center for Prevention of Child Maltreatment,  says no one really knows why.

“Some people say we’re better at catching it or better at reporting it,” she said. “I’ve worked in a number of children’s hospitals in Texas and also in other places in the United States. And I’ve never seen as much physical abuse as I see here.”

Daley has been on a mission to train doctors and nurses to recognize the signs of abuse early – like suspicious bruises or marks. But detecting abuse is hard. Especially for infants who may not interact with teachers or nurses familiar with the clues.

What they’d really like to do is prevent it. So they’re experimenting with “big data” technology that could help predict neighborhoods where kids are most likely to be abused.

It’s known as predictive analytics. “This technology has been used to predict where shootings would occur and other types of violent crimes, but no one had applied it to domestic violence, like child maltreatment before,” Daley said.

So here’s what Daley’s team did. First, they collected data on things like poverty, domestic violence, and aggravated assault. Then, they crunched the numbers using free predictive software invented at Rutgers. It’s called “Risk Terrain Modeling.” It spit out a forecast for likely locations of child abuse in Fort Worth.

“Amazingly, we were able to capture 98 percent of the cases that occurred in the future,” Daley said.

In other words, the technology identified specific locations in advance, actual blocks in a neighborhood, where cases of abuse would occur.

Predictive analytics is a huge market – it’s part of a big data industry valued at $27 billion a year. And it’s only recently that these tools are being put to work by nonprofits and local governments. U.C. Berkeley graduate student Darian Woods studied how predictive technology is being used across the world. So far, he said there have been some positive examples, in places like New Zealand, Allegheny County in Pennsylvania and L.A. County in California.

Woods warned that could be an anomaly. But even if predictive technology does pan out, there are thorny ethical questions that come with using statistics to judge whether children are safe.

He said researchers have to be careful about reinforcing racial inequities and targeting specific communities. For example, if one of the risk factors the models take into account is whether the child is cared for by a single mother, and more single mothers live in communities of color, “then maybe the model might target communities of color more,” Woods said. “And so that may lead to more social workers being sent out and more children being taken from homes from those communities.”

Neglect and abuse, Woods pointed out, also happen in wealthy communities, places that might not be flagged in traditional risk modeling.

In Fort Worth, Daley wants to use predictive modeling to target resources, not people. Knowing where the risk clusters are provides an opportunity to align prevention services in the areas that need it most.

Her team has big plans for this big data experiment. The next step – use the same predictive software to forecast abuse hot spots in the state’s largest cities.