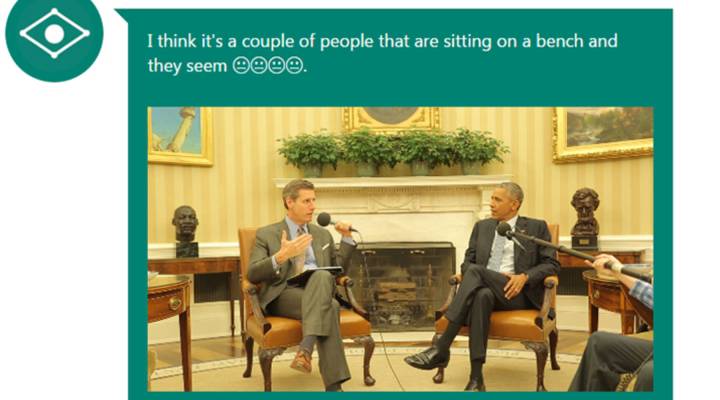 Microsoft has been churning out experiments in artificial intelligence for a while now.

It’s pretty simple: plug in a photo and CaptionBot will try to tell describe what’s in it as well as a human can.

Like we did last year with Microsoft’s age-guessing bot, we put CaptionBot through its paces with a few pictures of me. It did OK!