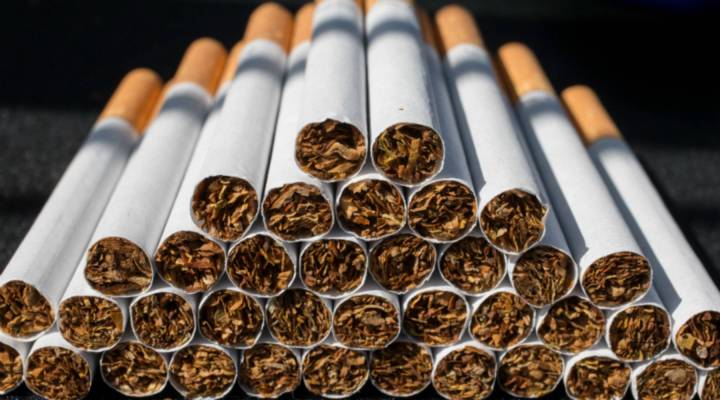 COPY
States are seeing about a 4.5 percent decrease in settlement payments from the tobacco industry each year. Matt Cardy/Getty Images

States are seeing about a 4.5 percent decrease in settlement payments from the tobacco industry each year. Matt Cardy/Getty Images
Listen Now

April 15 isn’t the date most people will be paying their taxes to the government this year. It is, however, the day that the tobacco industry makes its annual payments to state governments as part of a settlement reached back in 1998. That money was meant to fund anti-smoking campaigns and public health programs, but the settlement agreements didn’t stipulate where the payments would go, leaving states to use the windfall however they want.

Many have criticized how states have utilized the money.

“This year, for fiscal year 2016, the states will collect over $25 billion from the settlement and tobacco taxes combined — all tobacco-related revenue,” said John Schachter, a spokesman for the Campaign for Tobacco-Free Kids. “And yet they’ve budgeted less than 2 percent of that — not even $500 million for tobacco prevention and cessation programs.”

Schachter added, “We’re not asking for a ton of it to be spent on tobacco prevention and cessation, but certainly more than 2 percent that they’re spending on it. If they just spent a little more than that, they could fully fund these programs up to levels that the CDC recommends.”

And about a dozen states and provinces that issued bonds with future settlement payments as collateral are in a worse fiscal bind. A collaboration between Marketplace and ProPublica in 2014 looked into why these states may have to pay far more than they made.

But things have gotten worse for those states since then, as it turns out, because fewer people are smoking cigarettes. Sales are shrinking, and since the settlement amounts are tied to those sales, states are seeing about a 4.5 percent decrease in payments each year.

“The number of people smoking has been decreasing by 4 to 5 percent yearly for a decade now,” said Jim Estes, a professor of finance at California State University, San Bernardino. “The feeling is a lot of the tobacco bonds that were issued will basically have no money to sustain them after 2026, 2024 — depends on the stat you’re looking at.”

In the meantime, Estes said, some regions have begun taxing vaping and e-cigarettes as a way to raise revenue.

“There may be a total of 13 or 14 states, cities and counties that have taxed vaping,” he said. “Everybody else is kind of looking at it.”