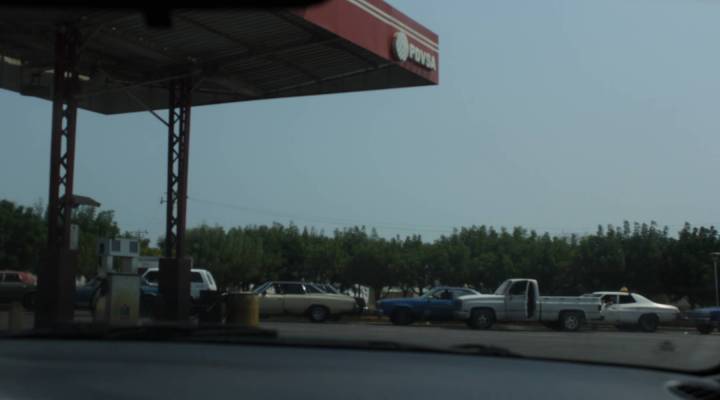 For the last few days, my colleagues (fixer/translator Yesman Utrera and photographer Jorge Galindo) and I have been hunting for examples of the smuggling economy in Venezuela. Shortages of basic grains and medicines have helped foster a black market, where people buy and resell goods for 10, 20, even 60 times the regulated price. Typically, it takes some sleuthing and creativity to find this illegal market, as sellers hide out in their homes or in private Facebook or WhatsApp text messaging groups.

But on this day, the smuggling economy came to us. And at the outset, we didn’t even realize what we were seeing, except that something crazy seemed to be happening.

We’d spent seven hours driving from Maracaibo in western Venezuela in the direction of San Cristobal in the south, when our driver said he needed to fill up. Normally that’s no problem here; government-owned stations are everywhere, and gasoline sells for basically nothing (by Jorge’s math, two tanks cost one bottle of water). So when we came upon a long line of several dozen cars waiting to fill up, utterly exhausted, Yesman and Jorge uttered a few choice words in Spanish. I chimed in in English. Shock, anger, surprise. No gas in Venezuela, the most oil-endowed country on earth?

Interestingly, the cars were mostly American sedans: vintage Fords, Chevrolets and Buicks, ’70s and ’80s hits from coast to coast.

Yesman and Jorge went to work. We faced two choices: wait for hours to fill up, and waste the day, or find a workaround. There always seems to be one.

Plan A was to bribe a station employee, a typically reliable solution that didn’t work this time.

Plan B — bribing the military officer overseeing a nearby station — failed as well. Finally they found the owner of a small auto repair shop (which may have something to do with legacy Fords, Chevys and Buicks) willing to help. He emerged with a roughly 12-gallon plastic container with a handle — basically an XXL Tupperware juice container. It was two-thirds full of bootleg gasoline. He sold us half a tank of gas for 2,000 bolívares, more than 60 times the regulated price.

“Everybody here smuggles gas,” the seller told us, as he pushed the other end of the skinny hose into our tank and raised the XXL Tupperware high in the air to let gravity do the work. “All the local officials are profiting from it.”

As he and others would tell us, much of the economy revolves around smuggling gas into Colombia (the border is just a few miles away). The key issue here is price controls in Venezuela: a typical size tank of gas here sells for 60 bolívares. That comes out to $10 at the official exchange rate that nobody here uses, or 6 cents at the black market exchange rate. Six. Cents.

Naturally, it makes sense to fill up, drive it across the border and sell it to Colombians for a reasonably market-set price. And that is why so many cars are queued up to buy gas, ruining our travel day. “They’re all smugglers,” a local journalist later told us.

After we filled up, the journalist took us on a quick drive toward the border. What was striking was that we kept seeing the same types of vehicles in either direction. Taxis, Ford Broncos and American sedans kept appearing and reappearing. It turns out each is suited for smuggling: cabs are allowed to fill up every day, as opposed to private car owners; American guzzlers have large tanks to ferry big quantities of gasoline over the line; and Ford Broncos carry two tanks.

Of course smuggling and other illegal selling happens everywhere, though Yesman and Jorge claim Venezuelans are particularly good (or bad) at it. Perhaps. As we ended the day winding through beautiful mountains on the way to San Cristóbal, it was nevertheless still hot. It was easily 90 degrees even at these high elevations. I whined.

Yesman came back with the line of the day: “Even the mountains here don’t follow the rules.” 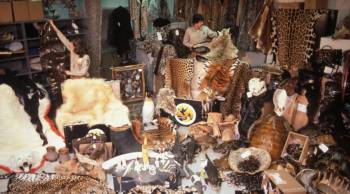