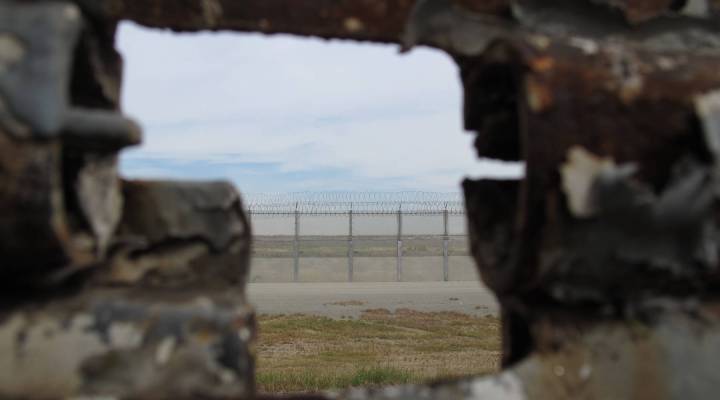 In this presidential election, immigration is a contentious debate.

The United States government is looking for ways to handle the flow of immigrants from Mexico and other parts of the world. Republican frontrunner Donald Trump has made several calls to build a wall along the U.S.-Mexico border.

Marketplace’s Kimberly Adams is currently reporting from the U.S-Mexico border and looking at how this conversation is affecting the economy for places like San Diego, California and Tijuana, Mexico. Marketplace host Molly Wood talked to Adams about what she’s discovered in those two communities.

Click the audio player above to listen to their conversation.

Painting on a door at the border wall.