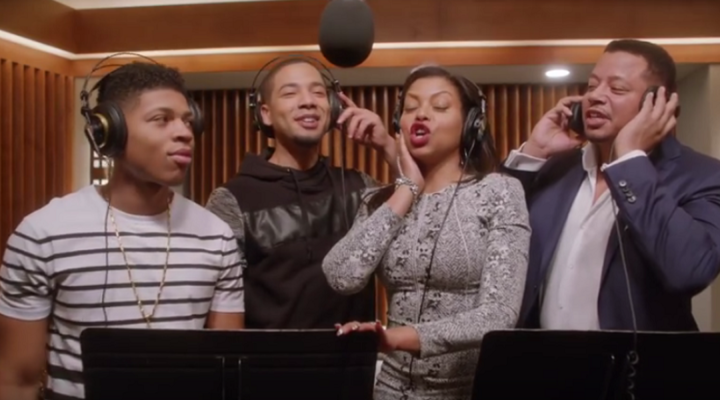 COPY
Music costs can range from nothing to hundreds of thousands. Image via EMPIREonFOX/YouTube

Music costs can range from nothing to hundreds of thousands. Image via EMPIREonFOX/YouTube
Listen Now

When you think about what makes a TV show or movie really expensive, you probably think big stars, crazy special effects and exotic locations. And they do add up.

But there’s another cost that most audiences probably aren’t even aware of: music.  Which explains, in part, the reason you rarely hear the Beatles on television. Their tracks can be expensive.

“Mad Men” reportedly paid $250,000 for the rights to use “Tomorrow Never Knows” in Season 5.  And you can be sure HBO shelled out plenty to open the most recent episode of Vinyl with “Here Comes the Sun.”

But most TV shows and films don’t have a Beatles sized music budget. “With the smaller shows, the budgets are very low for music,” said entertainment attorney Ben McLane, “it’s the last thing that gets paid for.”

McLane said music rights can range from nothing, for a band for looking for exposure, to a million-plus dollars, for a classic track everyone knows. Deals more typically range from $500 to $25,000.

And virtually every one of those deals is a negotiation that depends on a whole range of variables. “Say it’s a TV show and it’s on CBS at 8 PM when everybody is watching,” said McLane, “that’s worth a lot more.”

The length of the clip matters.

So does whether the song is being played in the background or foreground.

If you hear a character in a show singing “All About That Bass” instead of Meghan Trainor, “they probably saved half,” said McLane. There are two copyrights, he explained. One which covers the words and the music, another for the master recording of the song.

Another cost cutter is the sound alike. Say a director wants reggae, and can’t afford Bob Marley, she can use a similar sounding track by a lesser known artist.

And there’s another strategy movies and shows try, when they really want a song.

” If you don’t have a big budget, what do you have? You have art. You have a story,” said music supervisor Tracy McKnight, who’s worked on “The Hunger Games,” “Adventureland,” the TV series “Outsiders.” “My job is to go and be the ambassador for story. Not the ambassador for the budget.”

She described her job as part art and part commerce. Which can mean managing the expectations of producers and directors. “You have to turn around and say, okay,
that may be unrealistic, I don’t know if I’m going to be able to speed dial Prince to get a song for $250. “

But, it doesn’t stop her from trying.