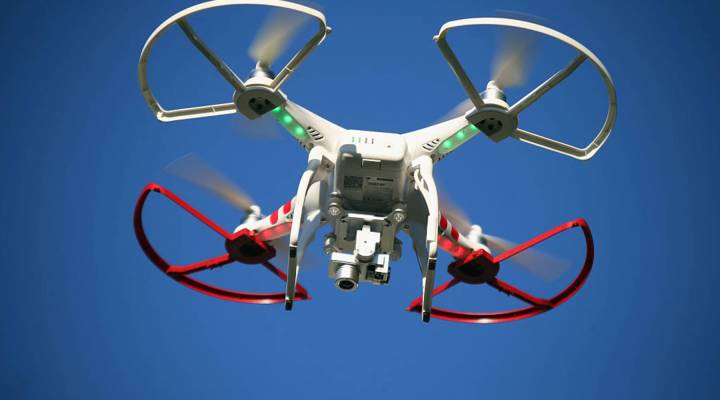 COPY
A drone is flown for recreational purposes in the sky above Old Bethpage, New York on September 5, 2015.   Bruce Bennett/Getty Images
Final Note

A drone is flown for recreational purposes in the sky above Old Bethpage, New York on September 5, 2015.   Bruce Bennett/Getty Images
Listen Now

The drones are coming.

We’ve held back the drones for a while, but a panel created by the FAA suggested Wednesday commercial drones should be allowed to fly over populated areas. Right now, the FAA only lets drones fly over empty fields or houses or things like that. But, filmmakers and news organizations even construction companies want clear rules that will make drone use more flexible.

The federal commission panel, which includes drone makers but also pilots and airports, said that as long as the devices fly at least 20 feet above people and never get within 10 feet during takeoff and landing, it’s OK.