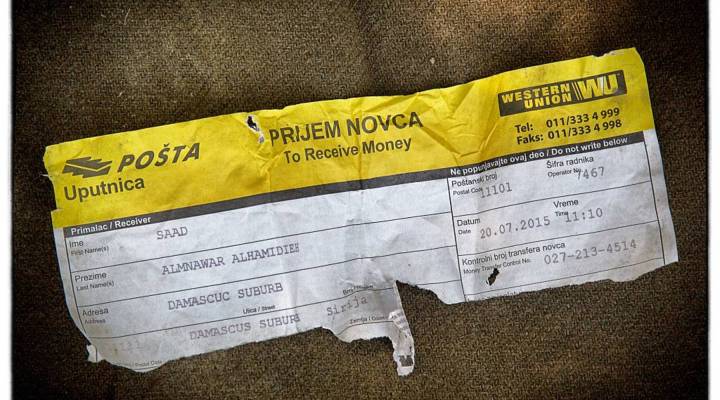 Matt Cardy/Getty Images
By The Numbers

Republican presidential frontrunner Donald Trump wants to force Mexico into paying for a wall at the U.S. border. His plan? Threatening to cut off the billions of dollars Mexican immigrants living in the U.S. send to people in Mexico.

Trump outlined this proposal, which would require a change in the law, in a campaign memo, the Associated Press reported Tuesday. He said he would threaten to cut off these money transfers, also known as remittances, unless the Mexican government pay between $5 billion and $10 billion to fund a wall. Mexico’s President Enrique Peña Nieto has said he has no plans to comply with such a threat. U.S. President Barack Obama also dismissed it

“The notion that we’re going to track every Western Union bit of money that’s being sent to Mexico — good luck with that,” he told reporters.

While Trump’s proposal will likely never be a reality, the industry built around international remittances is very real. Money transfers sent $583 billion to developing countries in 2014, according to the World Bank, and this money goes to more than 200 countries. Here are some of the numbers around the global remittance business:

Mexico: Mexico received more than $24 billion in 2014 in the form of remittances, according to the World Bank. That meant the country was getting more for money transfers than oil revenues. Various research organizations estimate that about 12 million Mexicans live in the U.S. with some living here illegally, according to the AP. They, along with other immigrants, regularly send money via money transfer services to help their families still living in Mexico.

Asia: Mexico isn’t the county to receive a hefty sum of remittances. Some of the biggest dollar amounts go to Asian countries. India received more than $72 billion while China collected more than $62 billion in 2014.

Remittances as GDP: Sometimes remittances end up fueling the entire economies.  In Nepal, remittances counted for nearly 30 percent of its Gross Domestic Product in 2014. In Tajikistan, a war-torn country located between Afghanistan, Pakistan and China, that figure was more than 41 percent.

Big players: Western Union and MoneyGram, the two biggest players in the remittance business had a combined footprint of 850,000 agents in 2015. The two companies are valued at $9.6 billion and $312 billion, respectively, according to Bloomberg.