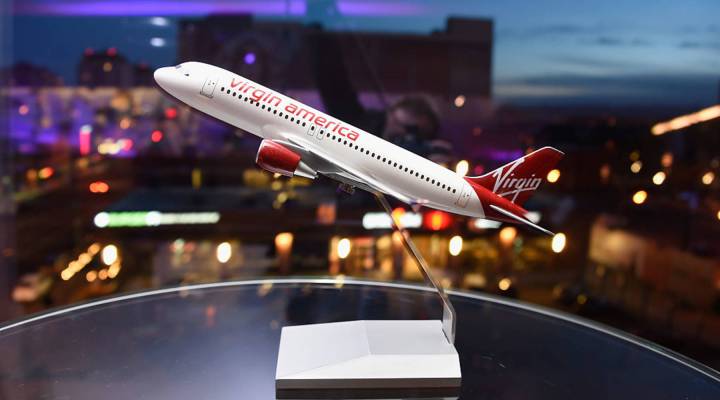 I remember how thrilled I was when I first flew Virgin America in early 2008, less than eight months after the airline’s inaugural flight. My flight was from Washington, D.C. to San Francisco and when I arrived, I had been online the whole time, my laptop and phone were fully charged and I had three bottles of water that were magically delivered to my seat by a flight attendant after I tapped a few buttons on the seat back TV screen.

For most flyers, the merger of Virgin America will have little impact on their travels. Virgin America launched in August 2007 and amassed a loyal customer base primarily on the West Coast where their route network is strongest. In total, Virgin America flies to 24 airports in the United States and Mexico. On these routes, Virgin offers a very good hard and soft product (seat comfort and amenities are hard products, and quality of service by flight attendants and food quality are soft products). One of Virgin’s most important roles, even if you don’t fly Virgin, is offering competitive prices, which keeps prices down and ensures that monopolies don’t exist on specific routes. This generally keeps other airlines being able to charge exorbitant prices.

Virgin America was the first airline in the US to offer both Wi-Fi and AC power plugs standard on all their planes (while Wi-Fi is now common on most larger planes, AC power plugs are still a relatively rare treat). They also offered a large TV screen, with the ability to order food and drinks from your seat anytime.

While Virgin flies to 19 cities, Alaska flies to all of the same locations and 92 other destinations. Notably, despite both carriers being largely West Coast-focused, Virgin overlaps with Alaska on only a handful of the more than 40 routes it flies. Still, the Alaska acquisition isn’t about expanding to new destinations, but likely gaining market share and reducing competition. Alaska will be able to increase its capacity at the airports where Virgin currently flies.

The somewhat more natural fit for Virgin would have been Jetblue because of the airlines’ aircrafts as well as the similar revenue-based frequent flyer miles programs. Alaska’s large aircrafts are variations of the Boeing 737 whereas Virgin flies Airbus A319 and A320 model airplanes. JetBlue’s large aircrafts are the Airbus A320 and A321, which means both pilots and flight attendants would be already trained and capable of staffing both Jetblue and Virgin planes whereas Alaska will either need to conduct additional training for pilots and flight attendants, or not merge pilots and crew.

In relation to frequent flyer programs, Virgin and Alaska are miles apart. With Virgin, you earn miles based on the cost of the ticket and not the distance flown whereas with Alaska you earn miles based on distance flown and not the price of the ticket. When it comes to redeeming miles, Alaska has 14 airline partners including American, British Airways, Cathay Pacific and Emirates whereas Virgin has only five: Virgin Atlantic, Virgin Australia, Emirates, Hawaiian, and Singapore.  Furthermore, for award redemptions on Virgin America’s own flights, the number of miles required varies and is based on a floating conversation factor to the current ticket price. Whereas, Alaska generally charges a base 12,500 miles for most one-way saver-level awards in the U.S.

Merging these frequent flyer programs is feasible, but some customers may not be happy with the outcome. The key for Alaska will be to provide plenty of advance notice to customers. Unrelated to the pending merger, Alaska made a significant change last week in redemption rates for their partner Etihad without any notice. The feedback from customers on social media and elsewhere was swift and highly negative over the unannounced drastic change (some redemptions went up between 67 percent to 100 percent). Alaska quickly responded with a blog post that did little to offer much solace to travelers that had been saving up for a trip on Etihad by redeeming Alaska miles. The unofficial understanding between airlines and hotels and their loyal customers is to maintain trust by communicating, well in advance, any significant changes or devaluations. Alaska broke this cardinal rule and would do well to learn from this experience by better communicating changes with plenty of advanced notice as the Virgin acquisition moves forward. Otherwise, it could be turbulent skies ahead for Alaska.