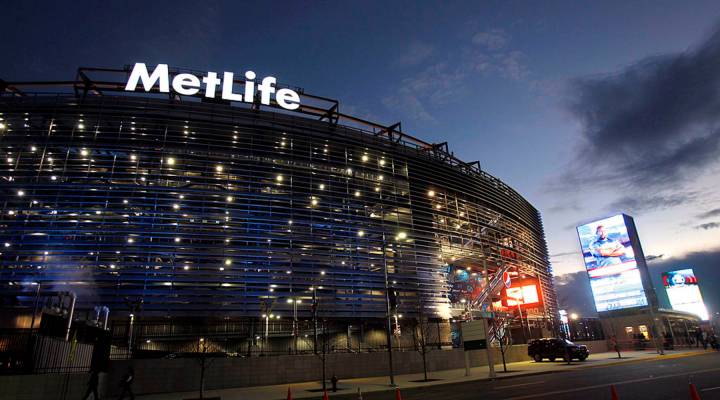 If you ask people what they remember about the financial crisis, they may recall the stock market crash, the Great Recession, zillions of foreclosures and thousands and thousands of jobs lost. Most people will also surely remember “Too Big To Fail.”

This was the idea that the government needed to bail out banks and other companies because if they failed, they would take a big chunk of the economy down with them. In order to keep companies from taking advantage of this safety net, the Dodd-Frank financial reforms of 2010 required the government to review and designate these “too big” companies as “systemically important financial institutions,” subject to additional regulations meant to protect the rest of us should they go under.

But now, a new ruling may redefine which companies have to take on that designation. A federal judge in Washington D.C. ruled Wednesday that MetLife, the insurance company, can shed its systemically important label. The judge said regulators hadn’t accurately figured out how vulnerable MetLife might be to some kind of financial crisis, which calls into question the government’s process for determining when a company should be considered a “systemically important” to the broader economy.

“We strongly disagree with the court’s decision,” a Treasury spokesperson said in a statement.  “We are confident that FSOC’s [the Financial Stability Oversight Council] determination was lawful and will continue to defend the Council’s designations process vigorously.”

It’s possible the government will appeal the decision, but, going forward, it may have to change its review process.

“It’s a not a loophole, there’s not been a decision made whether they can or can’t regulate an insurance company the size of [MetLife],” said James Cox, a professor of corporate and securities law at Duke University. “[The ruling] is just merely saying that this one attempt was not sufficient, but it doesn’t prevent [regulators] from making future attempts.”

How MetLife’s business is defined was an important factor in this case. MetLife has always said it’s just an insurance company. Lawrence J. White, professor of economics at NYU’s Stern School of Business, said MetLife has some ground to stand on to argue that it is different from a bank.

“They tend to have more capital which means they are somewhat less leveraged,” he said.

But MetLife manages about $500 billion in assets. Consider another insurance company that managed billions of dollars: AIG. The company’s collapse in 2008 had a massive impact on the markets. This new ruling could get rid of that “too big to fail” distinction for MetLife, which means it wouldn’t have to deal with the Federal Reserve anymore and maybe more important, it wouldn’t have to keep as much capital on hand.

“But if they got into trouble, the consequences for the rest of the economy could be substantial,” White said.

Another company also tussling with the “too big” designation is General Electric. The industrial company’s lending arm, GE Capital, ballooned to an enormous size over the years. After the financial crisis, GE decided to get back to manufacturing and dumped more than half of its investments. It still has more than $250 billion is assets, according GE’s appeal to Financial Stability Oversight Council, but that’s less than half its size in 2012.

James Kwak, professor at the University of Connecticut School of Law, said GE’s been trying to do right by Dodd-Frank.

“I mean, in a sense, you could say GE is a success story for the entire regulatory regime,” he said. “The regulators said ‘you are systemically important,’ GE didn’t want to be and so they took steps to get rid of that.”

The future of financial regulation

MetLife’s win in court could mean more scrutiny for regulators. Currently, the designation process has three stages, but “it’s not very clear what happens, other than FSOC is looking at metrics based purely on size,” said Donald Lamson, of counsel at the law firm Squire Patton Boggs. He helped draft the Dodd Frank legislation when he worked in government.

“There’s a black box they use, but no one knows precisely what is in that black box,” he said. “At the end of the day, there’s a designation announced. Now, it will likely have to actually show analyses where systemic risks arise due to that company’s operations.”

Like on a math test, the government will have to show the work that lead to its answer. James Barth, a finance professor at Auburn University, saw this as a healthy approach.

“We regulate firms in such a way that we promote safe and sound financial activities, but we also don’t want to impose excessive regulatory costs on institutions,” he said.

Karen Petrou, the managing partner of Federal Financial Analytics, hoped this decision pushes regulators to focus less on size, more on the types of risk a company takes.

“There’s a growing recognition among the regulators, including Treasury, that that’s a better way to go,” she said. “They’re fighting for their designation framework, but they are increasingly moving to what people are calling an ‘activity and practice approach,’ in which they look not at the company, but what it does.”

While many companies are not as large as those that have received the systemically important designation, she said, “when they’re doing the same thing, particularly in risky ways, I think the rules should be the same.”