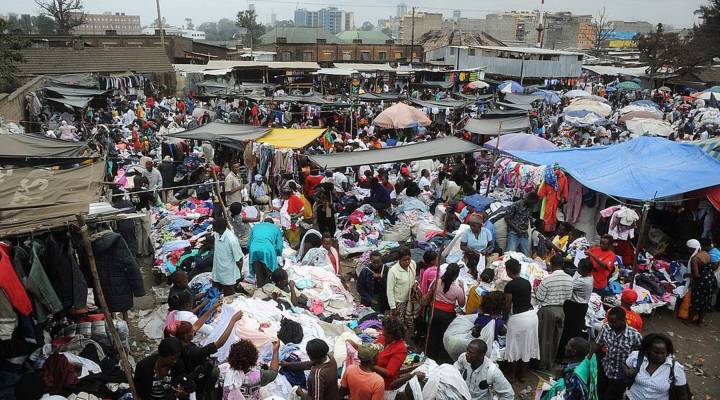 The president of Kenya continues to campaign for a ban on second-hand clothing from foreign donors as part of an effort to grow the business of local manufacturers.

President Uhuru Kenyatta met with local sellers of these goods this month in hopes of convincing them the ban will actually create better jobs, The Economist reported on Wednesday. Kenya joins other countries — members of the East African Community regional trade bloc — in the ban, which would outlaw importing second-hand apparel. Most of these old clothes come from foreign donations and end up in an industry that is a big business for Kenyans.

This is why sellers oppose the ban. One market in Nairobi has an estimated 65,000 clothing traders. Wholesellers buy bundles for up to 10,000 shillings (about $100), and sellers make about 1,000 shillings in profit per day. It’s considered a good haul in that area; many people make a tenth of that.

The Kenyan government is arguing that manufacturing jobs are more desirable. The country’s small apparel manufacturing industry has been trying to grow, but faces stiff competition from other developing nations, like Bangladesh, which brings in billions of dollars each year.

The proposed ban may not result in the effect officials want. One seller said if the ban goes through, he’ll simply go to another cheap source of clothing: Chinese manufacturers.

“We can just go to China and get new clothes,” seller Julius Batu told The Economist.