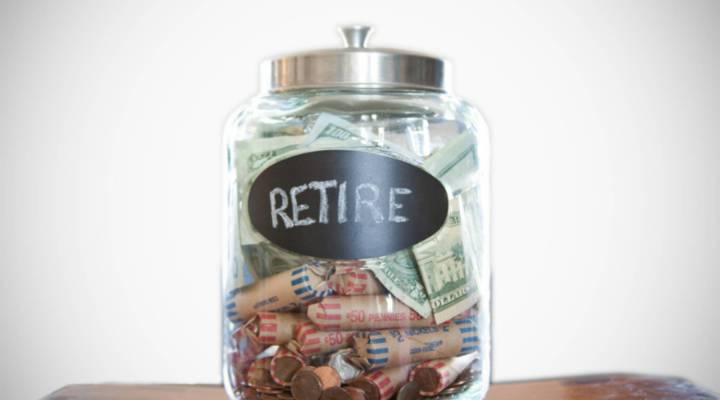 COPY
A number of state, local and federal governments are considering programs that would provide more retirement savings options.  AAG.com/Flickr

California is debating a new fix to a tricky problem: workers whose jobs don’t offer a pension, 401(k) or other retirement savings plans. If it becomes law, Monday’s long-awaited proposal from a California board would set up a state-administered plan, and require most businesses to offer it or some other type of savings plan for their employees.

California State Treasurer John Chiang backs a state-required plan, saying it could open the door to automatic retirement savings for 6.8 million private-sector workers. This could have a major impact for low-income workers, as many of them work for small businesses with minimal benefits.

“They could be the servers putting food on the table. They could be people at the local retail shops where you’re buying clothing,” Chiang said. “It’s across the spectrum.”

California is in the spotlight this week, but a number of governments at the federal, state and local levels are trying or considering various programs to create more retirement savings options.

“Washington, Illinois, New York City has been talking about it,” said Olivia Mitchell, an experienced retirement researcher and executive director of the Pension Research Council at the Wharton School.

The growing interest in these kinds of plans is raising concerns about how they could impact workers and employers. Done well, new retirement savings plans could enable well-meaning small business owners to give a valuable benefit to their employees that was out of reach before. But if executed badly, workers could face a confusing array of poorly explained investment products, putting their future savings at risk. And paperwork and compliance could drain the resources of small business owners.

There is also the question of how to cover the administrative expenses for such plans. Chiang says the state can cover costs of the program using fees participants pay, without spending tax dollars.

“It all depends on how the plan is structured and what is offered,” said Josh Rauh, a finance professor at Stanford’s Graduate School of Business and a Hoover Institution senior fellow. “There is reason to be skeptical and concerned about what kinds of exposures taxpayers would possibly have.”

Legislators and other stakeholders in California will have the coming months to consider the mandatory retirement savings proposal. Employers, governments, small businesses and financial companies all have a stake in the outcome and will be weighing in. Millions of Californians could be affected, and the outcome will be closely watched across America, where tens of millions more have no retirement savings.