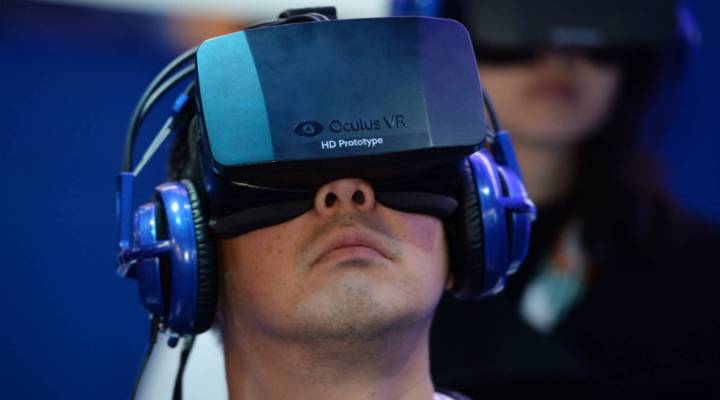 The virtual reality economy could get a big boost on Monday. The first shipments of the long-awaited Oculus Rift headsets start arriving at consumers’ doorsteps.

Facebook, which owns Oculus, won’t disclose how many of the headsets will be sent.

The Rift will require powerful computers to operate. Many new users may not own one.

“Ninety-nine percent of laptops on the market don’t work [with the Oculus Rift], maybe even higher than that,” said Nathan Edwards, an editor at the tech blog The Wirecutter.

Oculus is offering bundled deals that come with PCs starting at about $1,000. The headset alone will set you back $599.

“We don’t see a lot of adoption with non-gamers,” she said.

That could start to change when powerful desktops get cheaper.

But mass adoption won’t come until mobile devices pack the power needed for virtual reality, Llamas said, adding, “There are quite a few hardware companies that are looking to be first movers in that market,” including Samsung and Microsoft.

Software developers are also ramping up the number of games and other applications available for virtual reality.

“Oculus, owned by Facebook, has a virtually unlimited budget. They will pay people to make great content and they are doing so,” said Michael Pachter, an analyst with Wedbush Securities.

Right now there are about 30 games for the Oculus Rift. There should be about 100 by the end of the year.

Pachter said virtual reality’s reach will depend on the growth of hardware’s computing power, as well an increase in non-game uses.

“We need to see Facebook come up with some clever applications that are probably commercially oriented,” Pachter said, predicting that virtual reality could eventually be used in real estate, travel, education and health care.