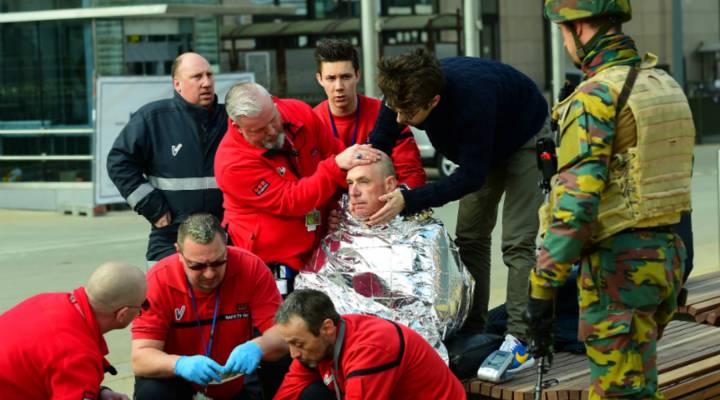 A victim receives first aid by rescuers on Tuesday in Brussels after a series of terrorist attacks. EMMANUEL DUNAND/AFP/Getty Images

A victim receives first aid by rescuers on Tuesday in Brussels after a series of terrorist attacks. EMMANUEL DUNAND/AFP/Getty Images

Facebook’s Safety Check is not without criticism.  The feature lets people who are near a natural disaster or a terrorist attack, as we saw Paris and most recently Brussels, report themselves as “safe” so friends and loved ones can see their status amid the chaos.

The criticism comes because Facebook decides when to activate Safety Check, and some people think it has not chosen well.  Safety Check was turned on after attacks in Paris and Brussels, for instance, but not after the bombings in Ankara and Istanbul. You also must be logged in to Facebook to see whether someone is safe (which is kind of lame, and potentially even cruel, if you think about it).

But all that said, if you’re involved in a disaster, you have a Facebook account, and you’re able to check in safe on Facebook, it can be a powerful thing during a terrible time. This week on The Dispatch, I spoke with a woman who was in a hotel room across the street from the Brussels airport when the bombs went off, and who found support and sanity in the social network.

Plus, some thoughts on a slightly under-reported Apple feature, and controlling a ceiling fan with your voice.

Follow Dispatch more closely by creating a Soundcloud playlist right here. You can also add our feed to your podcast player. In Podcasts on iOS, click the plus sign and paste in this link: it’s a similar process for almost every other podcatcher app.