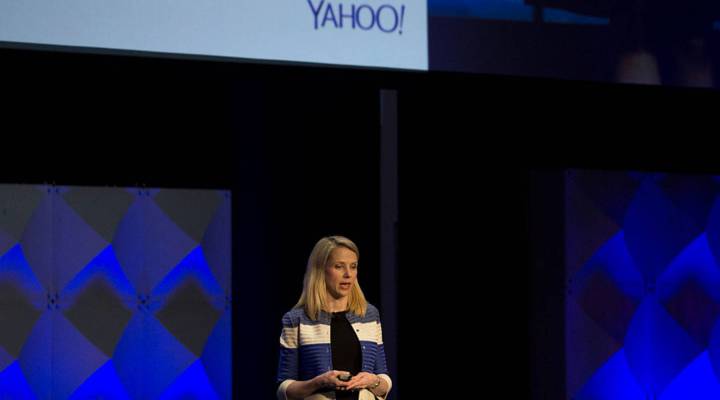 COPY
Yahoo CEO Marissa Mayer is facing pressure after a letter was sent to Yahoo's shareholders suggesting that the board and CEO should be replaced.  Stephen Lam/Getty Images

Yahoo CEO Marissa Mayer is facing pressure after a letter was sent to Yahoo's shareholders suggesting that the board and CEO should be replaced.  Stephen Lam/Getty Images
Listen Now

When it comes to running a company, the CEO is typically in charge day to day, but the buck is supposed to stop with its board of directors. So if you want to force change at a company, that’s a good place to start — or at least that’s the thinking of a hedge fund called Starboard, which owns a nearly 2 percent stake in Yahoo, and wants to replace the entire board of directors.

But how do you actually replace a board or a board member and what if they don’t want to go?

“The board reports to the shareholders of the organization,” said Josh Crist, a managing director of Crist Kolder Associates, which helps fill roughly 20 to 30 seats on the boards of public companies each year. “Board members can be replaced by those shareholders.”

“There are a number of different ways that you can replace a board member,” said Cindy Schipani, a business law professor at the University of Michigan’s Ross School of Business. “One may be the CEO has a private meeting and asks the member to resign.”

If the board member’s term is up, the company can decline to nominate them again.

If a shareholder wants to replace a member of the board, they may stage a proxy fight, putting the change up for a shareholder vote.

“[Shareholders] can vote either for management’s nominees or you can vote for some insurgent’s nominees,” said John Coffee, a law professor at Columbia. “[It’s] really kind of a miniature political campaign.”

While proxy fights used to be rare, Coffee said activist investors, often hedge funds, are turning to them more frequently. However, the process is difficult and expensive.

The challenger has to track down a list of shareholders, prepare a proxy statement, clear it with the Securities and Exchange Commission, and mail it shareholders.

“Most shareholders are not going to read this long complicated proxy statement,” Coffee explained. “That’s why you’re going to depend more on fight letters, newspaper ads, and the work of the proxy solicitors [which] are well-known financial firms that specialize representing one side or the other in proxy contests.”