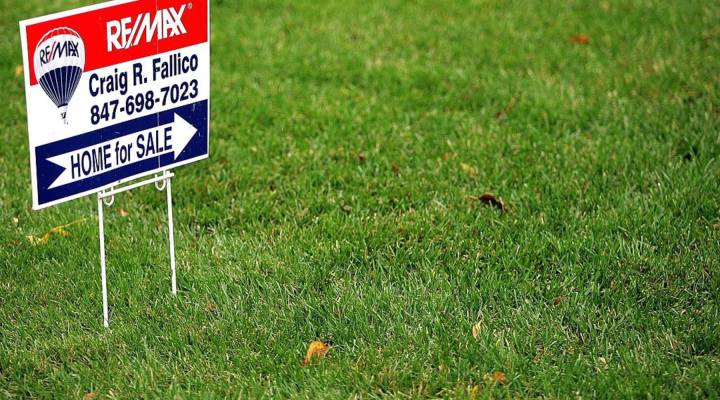 New single-family home sales rose 2.0 percent in February from the previous month, to an annualized rate of 512,000, according to the Commerce Department. Sales were 6.1 percent lower than in February 2015. Sales in January 2016 were revised higher, to just above 500,000.

Slow, steady growth in new-home construction and sales is expected to continue through 2016. But builders aren’t rushing to develop big subdivisions of modestly-priced single-family homes, as they did in the boom years of the 1990s and 2000s.

Jessica Lautz at the National Association of Realtors said the shortage of new and existing homes for sale in urban and suburban markets is driving prices higher. “And that is pushing first-time homebuyers and Millennials and single home-buyers — who would traditionally be a force in the market — to the sidelines, because they aren’t able to afford a home right now,” said Lautz.

The continued imbalance of supply and demand in the housing market should eventually induce builders to put up more starter homes in outer suburbs, where land is cheaper than in the urban cores and older inner-suburbs of many metro areas, said Robert Dietz, chief economist at the National Association of Home Builders.

“All of the supply-side headwinds are follow-on effects from the Great Recession,” said Dietz—citing shortages of land ready to develop, skilled construction labor, and adequate bank lending. “At one time there was concern by banks–‘Is this a market where we want to take risk making those loans?’ But generally we do see things improving.”

But Kenneth Johnson, senior demographer at the University of New Hampshire’s Carsey School of Public Policy, said one key component of recovery from the recession has not shown up: young people starting families. This cohort’s careers were delayed, they have high levels of student debt and economic anxiety. And thus far, they have been forming new households and having children at significantly lower rates than any previous generation going back to the onset of the Great Depression in the early 1930s.

“Young Americans are still not having babies,” said Johnson. Since the beginning of the Great Recession in 2007, Johnson estimates that 3 million fewer children have been born in the U.S. than would have been born if the pre-recession childbirth rate had held steady.

“Anything that delays children,” said Johnson, “is likely to have an impact on housing.”

Johnson said demographers can’t predict at this point if several million American 20- and 30-somethings have simply delayed childbearing and will still end up having children (but atypically late, compared to prior generations), or if many will forgo childbearing altogether. If they don’t have children, or have fewer children, demand for single-family homes could be depressed for a generation to come.