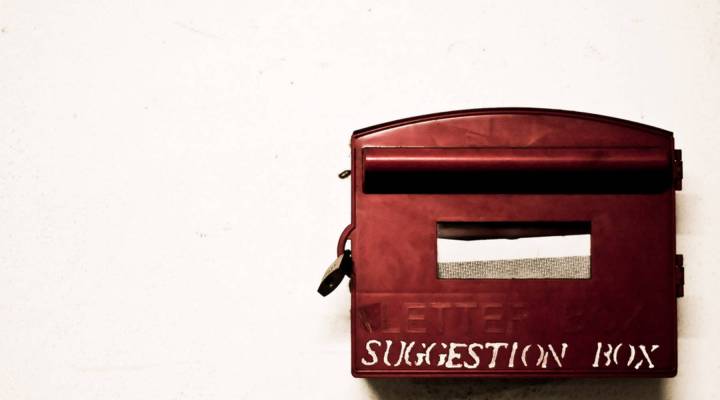 COPY
Why some businesses are eager for feedback KennyThong Candid

Why some businesses are eager for feedback KennyThong Candid
Listen Now

One of the things Donald Trump brags about — and is challenged about — is the success of Trump University. But did students who gave the business high ratings do so willingly? What do customer reviews mean these days?

Bank tellers, the cable guy, the mechanic who changed your oil. Chances are good at least one of these has sealed your little interaction with this:

“You’re going to get a call or you’re going to get a survey pretty soon and i hope what you’ll do is you’ll give me a 10,” Scott Broetzmann president and CEO of Customer Care Measurement and Consulting said. He said workers in the hotel industry were notorious for wearing pins that said “Give me a 10.” On a recent tour through Alaska, three different people asked him for a review.

“In each of those cases, I had a pretty good experience, and then lo and behold I was asked to write a review,” he said.

Not a coincidence, according to Adam Alter, who teaches marketing at New York University. He said plenty of people want to leave reviews, “especially if they’re really really happy or really really unhappy.”

Alter said companies use this feedback in different ways.

“So some will just use the numbers as a threshold just to help them make very broad personnel decisions,” Alter said “Others might even tie compensation to the numbers.”

The downside? People find it annoying, Broetzmann said. His company did a study that showed customers don’t like being asked directly to review someone’s service.

In general, most people seem to blow these things off. If your grocery clerk has ever handed you a receipt with a link to a survey circled at the bottom and you ignored it, you’re not alone. Broetzmann said response rates from receipts range from 5 to 15 percent.