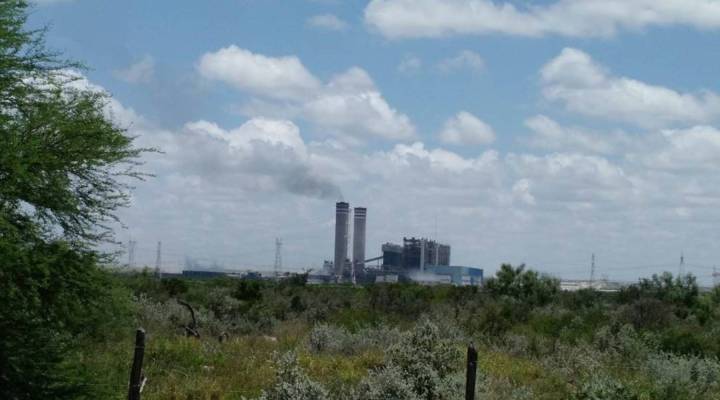 COPY
The Carbon II coal-fired power plant in Nava, Coahuila, Mexico, where coal from a new mine in Eagle Pass, Texas will be burned.  Ingrid Lobet

The Carbon II coal-fired power plant in Nava, Coahuila, Mexico, where coal from a new mine in Eagle Pass, Texas will be burned.  Ingrid Lobet
Listen Now

But is there a way to grow, create jobs, and still shrink our carbon footprint? There’s new evidence that “decoupling” may be starting.

For four decades, the International Energy Agency has measured the world economy going up and down, in tandem with greenhouse gas emissions. That is, until now.

“It’s the first time that we see three years in a row flat emissions despite economic growth going up,” said Laura Cozzi of the IEA division of global energy economics. “So it’s a major change vis-à-vis what we have seen up to now.”

The question is why. The IEA attributes the change to the U.S. and China – the two largest emitting nations – burning less coal. And 90 percent of the new energy generation in the world is provided by renewables. These are potential trends.

Other scholars aren’t so sure. Steven Davis of the Earth System Science school at the University of California, Irvine argues the good emissions news could reflect a one-time shift – China moving away from heavy industrial growth – and not long-term decoupling.

“We just need to be wary of jumping the gun and assuming that it’s happening,” Davis said. “If you dig in, you see that there are these structural economic shifts going on. And we can’t take this early sign of decoupling as a sign of victory.”

The debate whether the world has been lucky or good with regard to emissions will go on as new studies come in. As for the future, one way to lock in low emissions is public policies that make fossil fuels more expensive (to reflect pollution costs), or make renewables cheaper.