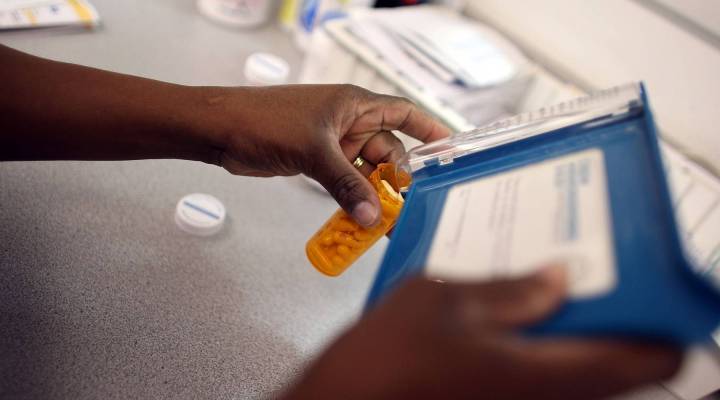 In the last day or so, we’ve talked about how the amount we paid for prescription drugs last year slowed down dramatically compared to 2014.

You know we’d all be paying a whole lot more if it wasn’t for generics, which amounts to as much as 85% of what we take.

At the University of Utah Healthcare, pharmacist Erin Fox said in about a year, the heart medication Isuprel went from $50 a dose to $1800 after Valeant purchased the drug.

She said they had always stocked on crash carts.

“Basically, it’s the kind of [drug] you might see on TV, code blue, cardiac arrest, everyone is rushing around,” she said. It’s the kind of medication that can save a life, she said.

But at $1800 a dose, it got pulled off the carts, only to be used in extreme emergencies.

This is what happens when a company has a lock on a given drug.

Some estimate there are 500 generic drugs – for everything from cancer, to multiple sclerosis to heart disease – that currently have virtual monopolies.

And companies like Valeant and Turing have taken advantage.

“This is a good circumstance of the FDA actually getting out in front of a problem before it becomes serious,” said Peter Pitts, a former associate FDA Commissioner. “I think this is a program that’s going to have significant impact.”

Pitts said cutting the application process from 2-3 years to as short as six months will help clamp down on some of the price gouging. The FDA says it has 125 current submissions for drug approvals that will be expedited.

“If I’m a manufacturer, I’m hard pressed just to drop everything without some discussion from the FDA and some real frank discussions with the [FDA],”  he said.

Perhaps an indication that speeding up the FDA process is just one step needed to drive more competition.