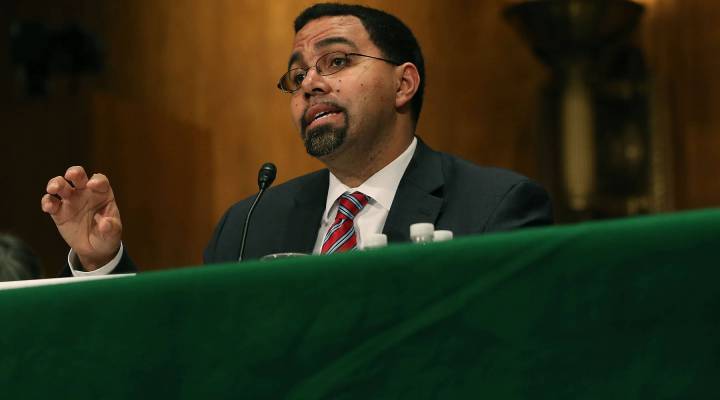 The U.S. Senate is expected to vote Monday on President Obama’s pick to lead the Department of Education. Acting Secretary John King took over from Arne Duncan at the beginning of the year. The former education commissioner for New York State is expected to win confirmation easily for the permanent post.

“Education has been a rare area of bipartisanship in the Congress over the past year,” said Matthew Chingos, a senior fellow with the Urban Institute.

So how much can King get done, with less than a year remaining in the Obama Administration?

One big item on the agenda: implementing the new Every Student Succeeds Act, which requires that every state have a school accountability system in place by 2017.

States will have a lot more leeway in how they design those systems, said Sarah Reckhow, an assistant professor of political science at Michigan State University.

“But the Department of Education will have to do the rulemaking process and create the regulations that guide the creation of those plans,” she said.

On the higher education side, King will continue to oversee the development of new rules to determine who qualifies for federal student loan forgiveness when a college misbehaves. Thousands of former students of the now-defunct Corinthian Colleges applied for debt relief after the for-profit chain folded amid allegations of fraud.

With less than a year to go, significant reforms are unlikely, said Chingos.

“Everyone knows that we’re not going to see free college pass through the Republican Congress this session, but I think you can also play a longer game, and that’s trying to build support for ideas that you think are important,” he said. “Free college wasn’t really on the table in the national policy conversation until President Obama proposed it a couple of years ago.”

Now, both leading Democratic presidential candidates have debt-free college plans. It’s also possible that King could end up working for one of them, Chingos said, after his current boss leaves office.