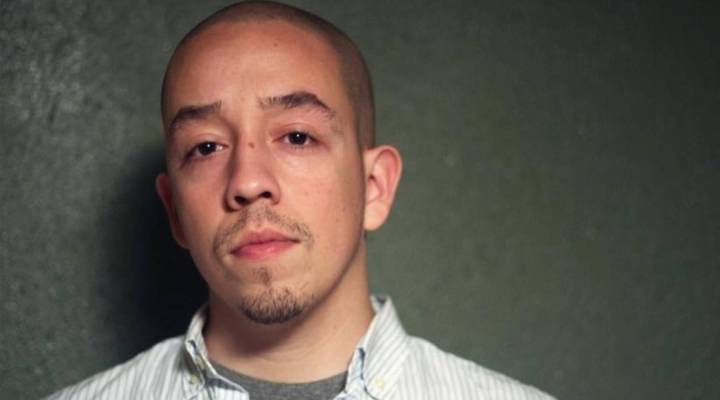 Jonathan Abrams, a lauded sports journalist and a newly-minted book author, was at a Barnes and Nobles when it happened to him. “It” being the sheer force that is Shea Serrano’s rabid Twitter army of fanboys. Serrano, a former colleague of Abrams’, told his 66,000-plus followers to preorder Abrams’ basketball book, “Boys Among Men.” So, they did.

What is happening right now? https://t.co/MYsmWgU9HK

When you have a book about to drop and @SheaSerrano is the homie pic.twitter.com/e5MApD0rb3

RIP my mentions when @SheaSerrano sets his army in motion

“My phone started blowing up,” Abrams said. “I started texting with Shea. I told him, ‘Shea, I’m getting all these people sending RTs and commenting. What do I do?’ Shea was like, ‘Do nothing. I got this.’”

omg i just realized we are LESS THAN 2 WKS from the @jpdabrams book https://t.co/LmfeBphafb go get that rn or i’ma fight you in real life

Over the next week and a half Serrano would keep prompting his followers to preorder Abrams’ book, and they would keep obliging, some of them tweeting him screenshots of their Amazon orders — partly as proof of purchase and partly as tribute. He rallied his forces and declared war: Tweeting, offering giveaways, and vowing to #MakeAbramsCry by getting him on the coveted New York Times’ best-sellers list. The formula for the best-sellers’ list isn’t cut and dry, but loading up your preorders before the book officially comes out is a way to up your chances. This will give a book a boost in sales, potentially making it a blockbuster within its first week.

Soon, Abrams and Serrano will be able to see if their campaign worked. Abrams’ book comes out on Tuesday and he estimates that his book gets roughly 75 to 100 pre-orders when Serrano makes one of his pushes. The book has edged its way into the No. 1 spot on Amazon’s Best-Sellers list for basketball books. Serrano can easily tweet more than 50 times on some days and for the last week, he’s been using a bulk of those tweets to promote Abrams’ book.

GAHHHHHHH HE DID IT HE REALLY DID IT @JPDABRAMS RAPPED TUPAC HE EVEN MANUALLY EDITED HIMSELF THIS IS INCREDIBLEEEEEE pic.twitter.com/d8ezgq5n7Q

Serrano has been here before. Five months ago his own book, The Rap Yearbook, nabbed a spot on the best-sellers’ list thanks to these very same tactics. A staff writer for the popular, but now defunct, sports journalism site Grantland, Serrano had a small following on Twitter. His relentless campaigns for his $12 book garnered him a piece of Internet fame.

“The whole literary world took note of what Shea did with his book,” Abrams said. “It was more fun than anything else.”

Marketing your book on social media isn’t a ground-breaking idea. Google “how to sell books on Twitter,” and you’ll get thousands of results. The most popular ones warn against putting too much of your book-selling dreams on Twitter, unless you are an e-book author selling stories for a couple dollars. “Twitter doesn’t sell books,” is the common refrain. Instead, it builds engagement with readers who help your visibility or may buy books way down the road.

“It’s not even anything that I asked him to do,” Abrams said. “Which is so incredibly good of him and, honestly, he hasn’t seen the freakin’ book yet.”

Serrano is matter of fact when asked about why he’s helping Abrams, who he’s only met a couple of times: “I know what kind of writer he is, and he’s solid. I’m sure the book is solid. I want to make sure it get as much attention as it deserves.”

His thoughts about his rise on social media are just as low-key.

“I’m not so good at business stuff, so I just do it and hopefully everything works out,” he said. “I just try to make cool stuff.”

This may be why his fans on Twitter continue to follow him loyally. His tweets give off a dude-down-the-street vibe that seems to resonate with his followers. Serrano tweets frequently and openly about his life — his wife, kids, his diet, when he cheats on his diet, basketball and, of course, his love of rap.

“It’s honestly a mind blowing thing to watch,” said Samantha Weiner, Serrano’s editor at his publisher Abrams Books.  “He’s so inventive. The things he does catch people off guard in sheerly unpredictable ways.”

Marketing through Twitter has become a standard practice in publishing in the last two years, she said, but what Serrano did was not a result of the publishing company’s urging. It was his drive and personality that clinched it for his followers, she said.

“He’s the greatest hustler I’ve ever known and he also has an unbelievable ability to put a longterm plan into place,” Weiner said. “Just see down the pipeline and how things are going to make sense. To align himself with the right people and the right ideas.”

She pointed to the fake fights he’s had with the fictional characters of different best-seller books — all part of The Rap Yearbook’s climb up the Amazon top sellers list.  Serrano will call out these fake foes on Twitter and his followers will go to bat, creating their own memes and pledging their loyalty to Serrano’s campaign.

The tweets from the followers who purchased Abrams’ basketball book is proof of their loyalty. Serrano doesn’t even have to make a case for the book — his fans trust his judgement.

@SheaSerrano @Jpdabrams when the GOAT tells you to buy a book, you buy it pic.twitter.com/FG6IHgGZqg

@SheaSerrano @Jpdabrams shea is the most brilliant marketer the world has ever known. ps just bought both your books

this guy’s first ever tweet was to show that he bought @jpdabrams book hahaha y’all are so irresponsible i love it https://t.co/MXmZjti3pB

Just like they did with The Rap Yearbook, Serrano’s followers have started buying books in multiples at a time, sending him screenshots to show their devotion. Some even started buying books specifically for Serrano to give out randomly to his other followers, a practice that Serrano and his followers started calling “ultralight beaming.”

Giving actions names is something Serrano picked up from his days as a teacher. When you name something, it sticks, he said.

omg look at this paypal money message i just got — we really gotta get @jpdabrams on the NYTBSL — 4 DAYS TO DO IT pic.twitter.com/aNQSJCIpNJ

Both Abrams and Weiner said Serrano’s approach cannot be reproduced. It has to happen organically.

“He created a formula that was really successful, that he can replicate and build on going forward, and you can take an element of it and give it to another author,” Weiner said. “But if you don’t have the personality — it’s not like I can list those things and say to a different author, ‘do this.’”

“If it came off fake, it wouldn’t work at all. It’s all about being yourself, whatever role you’re comfortable being,” he said, which is why you won’t see a barrage of promotional tweets on his feed.

But Abrams may have to put on his Twitter gloves next year. Serrano is releasing his own basketball book in the fall of 2017 and the hustler in him plans to do what he does best — pick a fight and sell some books.

“When it does come out, I’m going to start a fight on Twitter with Abrams on it — I know that much,” Serrano said. “It’s more fun that way.”