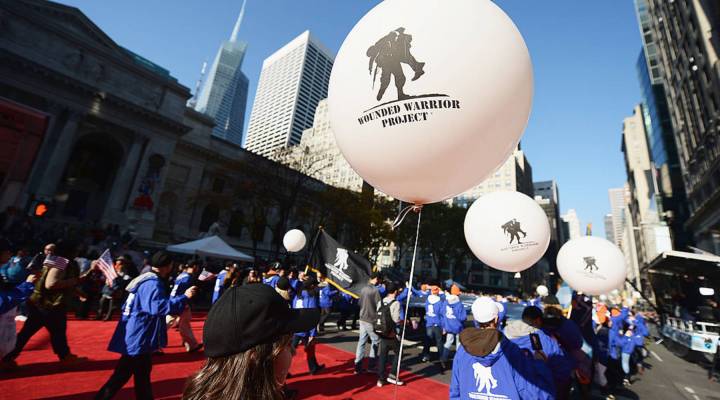 One of the fastest-growing charity groups in the country, the Wounded Warrior Project, has fired its top-two executives. The decision came from the board of directors, after reports of questionable spending. For instance: $473,000 for its CEO, who reportedly rappelled into a crowd at a staff meeting at a cushy hotel. The meeting expense: one million dollars.

The nonprofit has taken big hits for its overhead, measured at 40 percent or higher by some watchdog groups, although its revenue has grown 12-fold in five years.

There is no legal bright line for what constitutes an acceptable overhead level for a charity. But many watchdog groups notice if costs exceed 25 percent.

That is, after all, money that doesn’t go to recipients.

“There are some variations within the sector, but by and large that’s a pretty fair benchmark,” said Sandra Miniutti, vice president of Charity Navigator. “So when we see charities operating outside that parameter, we do downgrade them.”

Her group has Wounded Warrior Project’s expenses at 40 percent. Others have estimated 45 percent, though the nonprofit itself said its overhead is 20 percent.

Is 40 percent an acceptable level? Is 20 percent?

“We have an official policy at Guidestar to dodge that question,” said Guidestar president and CEO Jacob Harold. He argues it’s a myth that lower overhead equals better.

In his view, every charity is different, say an art museum versus a literacy group. And groups that obsess over lowering expenses can lead to under-investment in equipment, technology and leaders.

In private companies, Harold said overhead can be in the range of 40 percent.

“Investors are comfortable with companies investing in themselves,” Harold said, “because they know that that is how those companies are going to achieve lasting profit.”

As for donors to charities, overhead may not be the number-one factor.

“It’s not the biggest concern they have,” said Timothy Seiler, professor of philanthropy at the Indiana University Lilly Family School of Philanthropy. “I would say for more donors, the big concern is: ‘Is this organization doing something that I care about? And do they have values that I share?’”

Seiler and others said the better measure is whether a charity is achieving its intended mission and impact – often a more challenging empirical question.

It could be a very good holiday for U.S. charities