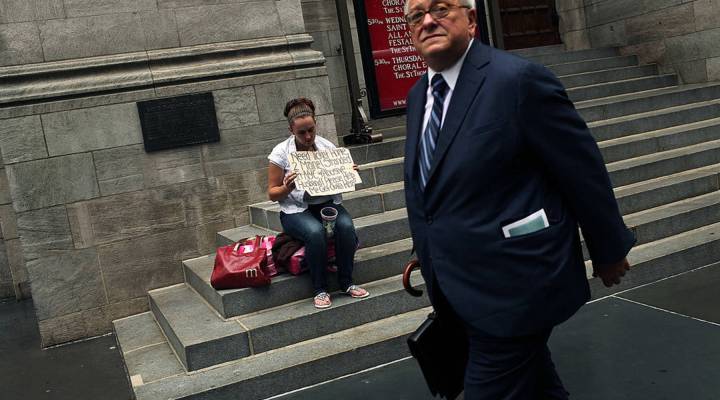 The rich are getting richer. That’s what we heard in the heady days of Occupy Wall Street, and we’re hearing it now in Senator Bernie Sanders’ insurgent presidential campaign. It’s treated as a forgone conclusion, backed up by study after study, but the particulars are tougher to nail down.

A new paper from Brookings has tried, saying it’s true that the 1 percent control a growing portion of wealth in the U.S., but some influential studies of inequality may have overblown just how rich the rich have gotten in the past few decades.

For example a recent University of California Berkeley study that estimates the 1 percent went from controlling 29 percent of the country’s wealth in 1992 to 42 percent in 2013. Sanders cited that study in a debate last month. But Brookings says the wealth of the super-rich was at a third in 2013, jumping just six points in 21 years.

The paper uses a Federal Reserve survey along with tax data to get a more accurate picture of wealth and income. The researchers note that not every measure covers every part of the population reliably. They posit the methods used to measure wealth from tax data may have pushed the Berkeley researchers to overestimate just how rich the super-rich are. Just tweaking the data or measurements can throw off estimates.

“Despite the political controversies generated by estimated top wealth and income shares, relatively little attention is paid to the sensitivity of those estimates to data and methodology,” the paper’s authors write.

The revised figures are interesting, but they underscore a bigger takeaway from the paper: that estimating wealth distribution is really tough. Even with its “robust” research, Brookings cautions that its estimates don’t cover all income. Measures of inequality are often used as a call to action, the paper’s authors write, and it’s important to make sure that inequality is being measured correctly, especially as the government makes moves to address it.