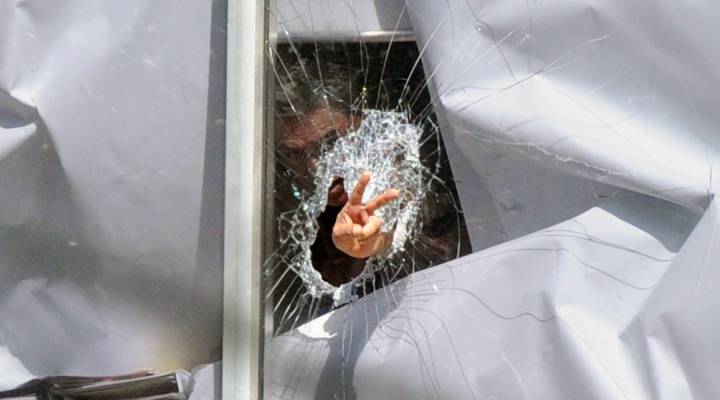 Researchers have developed a way that may identify masked terrorists through their hand gestures — more specifically, from the “V” signs they make when posing for photos or videos.

A group of scientists at Mu’tah University in Jordan recently published a report on the study, which used an artificial intelligence algorithm and biometrics to determine the identities of their subjects through these gestures, the MIT Technology Review reported this week.

“Sometimes the only evidence to identify a person is their hand geometry, and not the whole hand — only two fingers (the index and the middle fingers) while showing the victory sign, as seen in many terrorists videos,” the study’s abstract reads.

This study, performed by researcher Ahmad Hassanat and his team, is reliant on biometrics, which is the use of human characteristics as measurement. The type of biometrics consumers are likely most familiar with is the voice recognition technology and fingerprint scanning used in smartphones, or face recognition in Facebook photos. This particular study focuses on hand geometry, the identification of people by how their hands are shaped.

The Mu’tah University study used a sample of 50 men and women who had their gestures photographed multiple times, producing a database of 500 images. The AI algorithm focused on an analysis of different points of the hands: the endpoints of the two fingers, the lowest point of the valley in between them and then two points in the palm. They reported the method had an accuracy of over 90 percent in some cases.

The data set is small, for now, and hand geometry is only one piece of someone’s identity, but Hassanat told MIT that they are hoping to add even more metrics to help bolster the method’s accuracy.