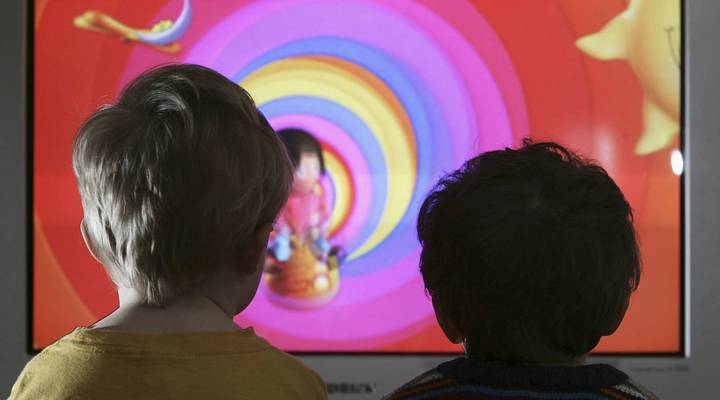 Common Sense Media is now rating shows based on how well they help kids develop their character. Peter Macdiarmid/Getty Images

Common Sense Media is now rating shows based on how well they help kids develop their character. Peter Macdiarmid/Getty Images

Common Sense Media, the nonprofit that publishes ratings for youth-oriented media, is adding another way to rate kids’ shows, and it’s all about building character. The nonprofit recently added a new tool for parents who want to find shows that encourage good character development. In the spirit of sharing, caring and being a good neighbor, we asked the Marketplace staff to submit their favorite kid content on TV that also come with valuable lessons in tow. But, you don’t have to take our word for it.

The show is about how a young tiger, his family and his friends deal with the experiences of being a preschooler. It’s a cartoon spin-off of Mister Rogers’ Neighborhood. It’s kind and calming and not too complicated, and it gives little kids positive ways to deal with their emotional experiences/quirks/weirdnesses. It’s also got songs that help reinforce the lessons of the shows, for example, “When you’re feeling frustrated, take a step back and ask for help” and  “If you have to go potty, stop, and go right away.” I sing these at home to my son. Not irregularly. (Adriene Hill)

Octonauts is about a variety of animals (a polar bear, an octopus, a cat, etc.) that go around in a submarine to rescue animals from danger, and learn about a sea creature along the way. The show is all about helping other animals, even animals that are scary, weird or different. There’s humor, a catchy song, and each episode you learn about an undersea creature.  Usually there’s some kind of danger that the characters get into that makes it scary enough to stay interesting, but is resolved quickly enough to not be really scary.  My kid liked it so much he asked me to make the submarine as his birthday cake last year. (Sitara Nieves)

There’s a reason it’s lasted so long….the show is all about accepting yourself and working as a team. (Okay, that’s the plot of pretty much every children’s show, but this one comes with cute ponies with big eyes, so you just have to buy in.) Kindness, friendship and loyalty are reinforced constantly, which helps counteract the mean kids at school. My daughter has loved it since she was three, and is only aging out now at eight. But beware — that theme song will be stuck in your head for the rest of your life. (Suzanne Levy)

It’s about two 12-year-old girls who start a successful mobile game startup and befriend a successful rapper and his son. These kids work hard! They’re running a business, and they have to be smart and savvy to keep it going. It’s cool to see a show about entrepreneurs aimed toward kids. It’s occasionally also got good underlying messages about parenting, independence and security (one character just wants a stable place to call home, for example), and I like that it’s a diverse cast without being obnoxious about it. My son is a budding entrepreneur, and he absolutely loves the concept that two kids can create, code, and sell a video game and grow a huge business around it. It might be contributing to some unrealistic expectations around the house — but then again, maybe not! I like the fact that the two main characters are girls, one a street-smart business Betty and the other a slightly awkward coder, and I like the idea that their gender hasn’t ever occurred to my son. (Molly Wood)

When I used to nanny, the kids and I watched would watch Peg + Cat all the time. It’s such an awesome show when it comes to incorporating math in a really practical way, and it teaches kids how to adapt a “can do” attitude when things don’t go your way. Peg is always trying to help her friends solve disagreements and problems. Now my siblings watch it and it’s honestly so great. (Sarah Menendez)