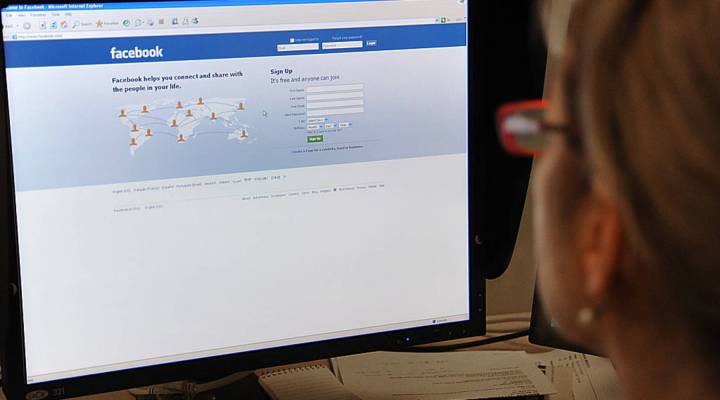 COPY
The social media site is among those bidding to live-stream football games next season. KAREN BLEIER/AFP/Getty Images

The social media site is among those bidding to live-stream football games next season. KAREN BLEIER/AFP/Getty Images
Listen Now

Facebook has confirmed to Marketplace that the social-media company is biding for the rights to live-stream NFL Thursday Night Football games next season, as originally reported in “Variety.”

“One hundred million hours of video are watched daily on Facebook,” Kessler said, citing information recently provided to investors by the company. Kessler said Facebook wants to boost that traffic significantly — to drive user-engagement, and to increase advertising volume and revenue based on that.

“Live-streaming video — I think that’s where the world is going and I think they want to participate,” said Kessler.

Scott Strawn, research director at technology consultancy IDC, said that for a social-media platform like Facebook, it’s particularly attractive to live-stream sporting events, because they unfold in real-time. People tune in, then stick around, because they want to know who wins.

“There is that stickiness with live content,” said Strawn. “Your eyeballs have to be on the screen.” All the while, he said, Facebook can serve up targeted ads to the user.

While watching on Facebook, a user might be able to engage in parallel conversations about the game, see crowd-sourced stats, or share videos of other great plays.

Eventually, said Strawn, as Facebook experiments with more interactive and virtual-reality tools on the platform, users could be able “to sit in the room with friends, even though they’re not physically there, and watch programming.”

The NFL’s decision on which company has the winning bid to live-stream Thursday Night Football is expected soon.