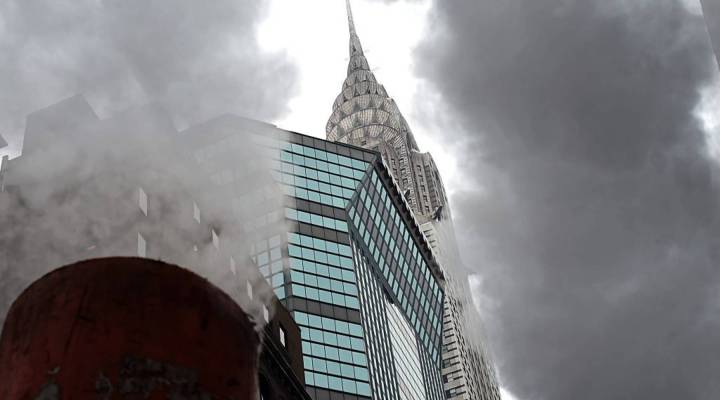 COPY
The Chrysler Building in the background as steam rises from a steam pipe on Lexington Avenue in New York March 4, 2015 as warming temperatures start to melt snow. TIMOTHY A. CLARY/AFP/Getty Images
Secretary of the Future

The Chrysler Building in the background as steam rises from a steam pipe on Lexington Avenue in New York March 4, 2015 as warming temperatures start to melt snow. TIMOTHY A. CLARY/AFP/Getty Images
Listen Now

Since then, his idea has bounced around the internet, never quite developing into a fully-fledged meme. We have a Secretary of Commerce, of Labor, of Defense. Why not a Secretary of the Future to help politicians think harder about how today’s actions might play out in 10, 20, 50 years? If it sounds weird, it’s not. Some big corporations already have them — they are called futurists or sometimes the shingle on the door says, Chief Sustainability Officer.

Elizabeth Heider is the Chief Sustainability Officer at Skanska USA, one of the biggest construction companies in the country. She joins Marketplace Morning Report host David Brancaccio to discuss how she thinks ahead and what it means to “future-proof” her business. Click on the audio player above to hear more.