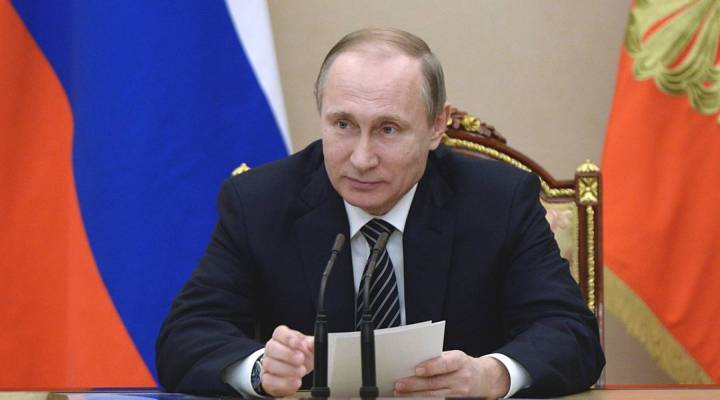 Russia’s energy minister announced that Russia and several of the OPEC countries had come to an agreement: they’re planning to freeze oil production at January levels. That is until the price of oil goes back up to at least $50 a barrel. They’re hoping to get more oil-producing countries to join them. But the deal may not be quite the stabilizing influence it’s hoped to be.

For one thing, there’s the question of when this deal would go into effect. Robin Mills, CEO of Qamar Energy, an energy consulting firm in Dubai, said Iran won’t agree to freeze production. It’s just ramping up after the end of sanctions. But nothing’s likely to happen without Iran.

“I think that’s kind of understood by the other OPEC members, that they’d have to reach some kind of deal with Iran,” he said. “I just don’t think it’s economically or politically possible for them to agree to freeze their production if Iran was completely free to do whatever it wanted.”

He said OPEC countries have always had trouble coordinating among themselves, never mind when you bring in outside players like Russia. But if the freeze happens, he said, it will drive prices up, eventually.

Jason Bordoff, who directs the center on global energy policy at Columbia’s School of International and Public Affairs, isn’t so sure. He said there’s already a ton of over-supply waiting for consumers.

“And the countries that have agreed to freeze production are already producing pretty close to the maximum they could produce anyway, so no one thought they were going to be producing a lot more,” he said.

Then there’s the fact the U.S. isn’t part of this deal. Barbara Shook is with Energy Intelligence Group. She said if a freeze brings prices up, the U.S. will start drilling and supply will swell again. She said there’s one thing that would help.

“Saudi Arabia’s the only country that really matters as far as setting production,” she said. “And unless Saudi Arabia decides to cut its output, then nothing is going to be permanent in the global market.”

Last month, the Saudi oil minister said a cut was not going to happen.