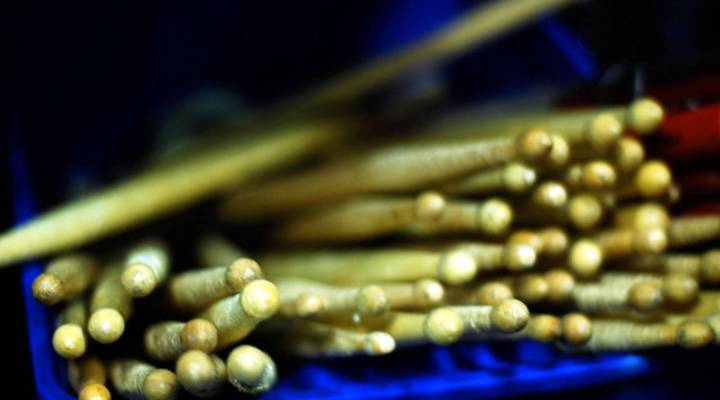 COPY
Wearable robotic arm can transform you into a three-armed drummer. Jason Yung/Flickr

Researchers at the Georgia Institute of Technology have created a wearable robotic arm that can lend a hand while playing the drums. The arm attaches to the user’s shoulder and knows where to hit by using accelerometers that sense the distance and proximity of the drum. It also knows the speed at which to hit the drum by listening to the music and calculating the beats per minute.

“I really wanted to push the improvisation…that will really push your understanding of music and how you interact with music,” said Gil Weinberg, the director of the Center for Music Technology at Georgia Tech, who oversaw the project.

Weinberg focused the human-augmentation project on drumming because the instrument requires spatial and rhythmic precision to play well. This technology could have many future applications in other fields as well. For example, a smart arm could aid in surgical procedures by helping surgeons pick up tools, or even by operating.

“You would be able to do much more,” said Weinberg. “If you have a smart arm that actually understands the environment, from vision, audio, and sensors.”

Weinberg’s team isn’t necessarily stopping at three arms — they’re also thinking about whether there could be more limbs — and for different parts of the body.