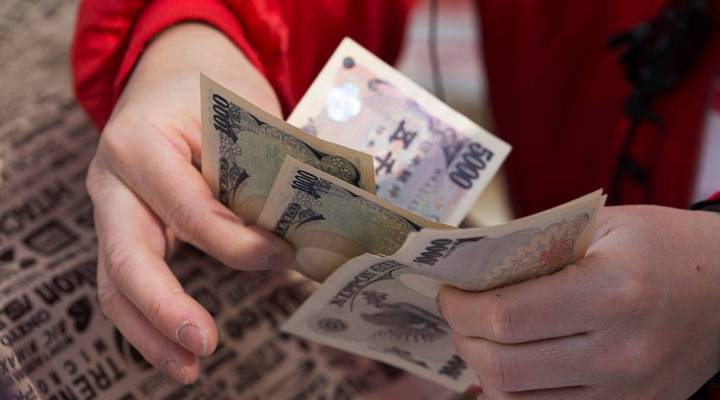 For the first time, the Japanese government has sold new 10-year bonds with a negative yield. Translation: investors are essentially paying the government for the privilege of loaning money to it.

As odd as that sounds, it’s actually not that unusual for bonds to have negative yields these days.

The Bank of Japan, the European Central Bank, among others, have recently turned to negative interest rates – essentially charging to hold money, instead of paying out interest. Some government bond yields have followed interest rates into negative territory.

“Negative is the new positive in interest rates for countries that want to stimulate their economy and debase their currency,” said Marilyn Cohen, CEO of Envision Capital Management.

Still, she said bonds with negative yields still strike her as odd: “It feels like we’re on some kind of hallucinogenic drugs here in bond land.”

That appeal may still hold even with the negative yields, said Guy LeBas, chief fixed income strategist at Janney Montgomery Scott. “There’s a shortage of low-risk assets in the world, so there tends to be a grab for almost any type of government bond at auction right now.”

If investors turned to, say, U.S. bonds instead, they’d have worry about currency risk.

“Even though I believe there are lots of projects which have a rate an expected return which is positive, many companies seem to prefer not to invest and hold the cash, or in this case, hold the governments bonds even with a negative interest rate,” he said.

Additional motivations may be speculative. Many investors buy bonds as an investment without planning to hold them to maturity, said Takatoshi Ito, a professor at Columbia University. He said investors who except further declines in interest rates might want to invest in these bonds now.

“Pure momentum trading strategy would say, ‘Buy this asset because you can sell it later with higher prices,’” he said. “It doesn’t matter what the intrinsic value is, just look at the momentum.”