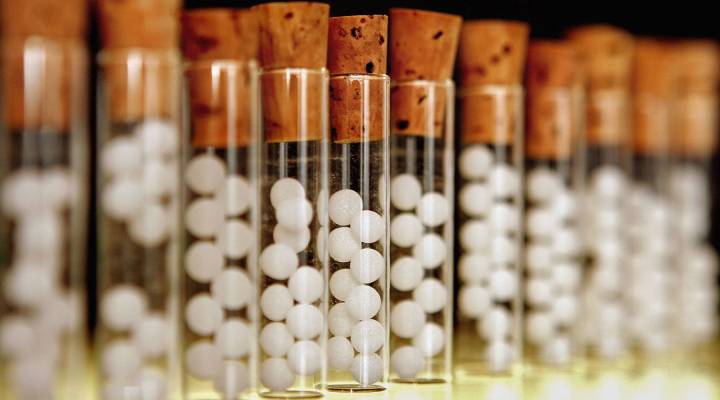 Patients, insurance companies and the federal government are on track to spend about $3 billion this year on cancer drugs that will be thrown away, according to a report on pharmaceutical company profits in BMJ – formerly known as the British Medical Journal – that was released Tuesday.

At the same time, drug makers, hospitals and doctors are profiting from the way these drugs are packaged, researchers found.

At his office at Memorial Sloan Kettering in Manhattan – a leading cancer center – Dr. Leonard Saltz shows off a drug.

“So this is a box that contained a vial of Keytruda at 100 mg,” he said. “About the size of a small salt shaker. So this would cost approximately $5,000, a little bit over.”

Keytruda is part of a new wave of promising oncology drugs. It mobilizes your immune system to fight the cancer for you.

“There is no question that this is a drug we want to have available for our patients,” Saltz said.

But Merck packages this valuable drug in only one size in the U.S.: 100 mg.

The typical patient needs 150 mg, which means half of the second vial is thrown away.

“It’s going to cost in excess of $5,000, and you have a situation where each time you treat the patient you need to put half of it in the trash,” Saltz said.

Saltz – one of the study’s authors – said at this rate Merck is in line to be paid more than $1 billion dollars over the next five years for leftover drugs that aren’t used.

The report names Eli Lilly, Genentech, Amgen and Bristol-Myers Squibb among others that package top-selling cancer drugs in a limited variety of sizes that causes waste.

“We don’t stumble across areas very often where we can be 100 percent confident patients are not benefitting,” said Dr. Peter Bach, lead author of the report.

He says companies are taking advantage of ambiguous if not contradictory regulations on packaging size.

Using Keytruda as an example, Bach says while Merck makes the 100 milligram doses here, the company sells 50 milligram does in European countries.

“Serious thought is going into how big the vials should be and these are highly skilled, sophisticated companies who understand the sources of their revenues,” he said.

Bach said drug companies could either produce a variety of dose sizes or refund the cost of leftover drugs.

Takeda Pharmaceutical Company and Genentech declined to comment for this story.