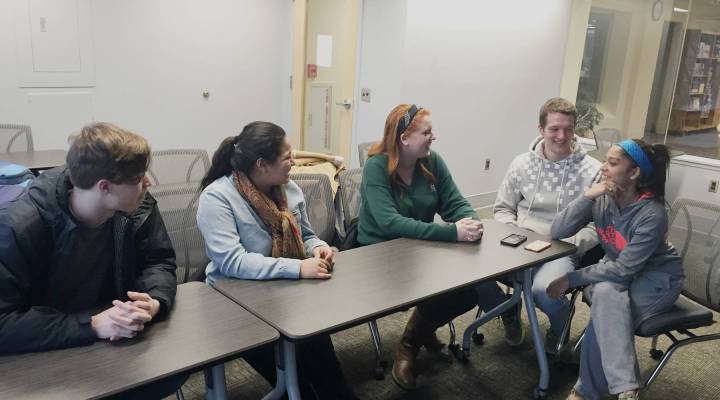 “The board is grateful to President Newman for his many accomplishments over the past year,” said John Coyne, chairman of the Mount St. Mary’s University board of trustees, in a statement announcing the decision. Those accomplishments included “strengthening the University’s finances, developing a comprehensive strategic plan for our future, and bringing many new ideas to campus,” he said.

One of those ideas became extremely controversial. Like many colleges, Mount St. Mary’s, in Emmitsburg, Maryland, has struggled with low freshman retention. Newman’s plan: within the first several weeks of the year, the school would identify 20 to 25 freshman who were at risk of dropping out and invite them to leave early, with a refund. When faculty members objected, Newman said something that soon made national headlines: “You think of the students as cuddly bunnies, but you can’t,” he said, according to student newspaper the Mountain Echo. “You just have to drown the bunnies … put a Glock to their heads.”

Newman wanted this done “before they needed to report statistics on the entering class to the federal government,” said John Schwenkler, who taught philosophy at Mount St. Mary’s from 2010 to 2013. “This way it would look like they had retained a large percentage of students.”

Newman, who came to Mount St. Mary’s from the private equity world, declined to be interviewed for this story and has since apologized for his comments. The controversy deepened earlier this month, when Newman demoted the university provost, who had been critical of the retention plan, and fired two professors, one of them tenured. The professors were later reinstated. Newman’s resignation Monday followed a two-week review of the incident and its aftermath by the board of trustees.

“I care deeply about the school and the recent publicity relating to my leadership has become too great of a distraction to our mission of educating students,” Newman said in the university statement. “It was a difficult decision but I believe it is the right course of action for the Mount at this time.”

After years of focusing on getting more students into college, schools like Mount St. Mary’s are under growing pressure to make sure more of those students stick around and finish. Not only do schools lose tuition dollars when students drop out. Freshman retention and graduation rates are a factor in college rankings. Nationally, about one in three college students doesn’t make it back after the first year.

Mount St. Mary’s University sits on a hill in rural northern Maryland, near the Pennsylvania border. The private Catholic college has just under 1700 undergraduate students and has struggled to keep them.

That’s more than 100 students who have left the university – almost a quarter of the entering class. Some were too far from home, said fellow senior Molly McShalley, or they decided college wasn’t for them.

“A lot of people didn’t gel with the small school feel,” McShalley, 21, said. “It’s kind of a shock to be here in Emmitsburg, in the middle of nowhere, with so few students that we have.”

It wasn’t just the bunnies and Glocks that got people upset about Newman’s retention plan. At-risk students were to be identified, in part, through a survey many viewed as intrusive and ill-considered.

The first year of college is hard for a lot of people, student advocates say, with all of its social and academic adjustments. Freshman year is the “major leakage point” in the educational pipeline, said Jennifer Keup, director of the National Resource Center for the First-Year Experience and Students in Transition.

“Getting students over that first hurdle is critical to the long-term success,” she said.

There are lots of methods to help freshmen get through, Keup said, from courses that teach study skills to peer mentoring and dorms where like-minded students live and study together. Mount St. Mary’s does offer support services like tutoring and counseling and a special committee for at-risk students.

Encouraging students to leave should be the last resort, Keup said.

“It’s up to us as educators to make sure that we’re using any number of different tools to coach a student through and support their success rather than perhaps coaching them out,” she said.

The students most at-risk tend be the very ones colleges have been working harder to bring in in the first place, said Michelle Asha Cooper, president of the Institute for Higher Education Policy, which focuses on college access and success.

The situation at Mount St. Mary’s shows one potential risk of the intense pressure on colleges to get students through, Cooper said, “which is then causing more and more people to question whether or not some students should or should not be enrolled in college in the first place.”

Grace Wagler, 20, is on track to be the first in her middle-class family to get a bachelor’s degree, but when she arrived at Mount St. Mary’s – after having been home-schooled – everything was an adjustment: the food, the rigorous work, living with a roommate.

“It wasn’t just a struggle for me, it was traumatic,” she said. “Every day I would call my mom, sobbing, ‘I don’t think I can do this.’”

If she had taken that survey her first year, Wagler said, she might have ended up one of the “bunnies.”

“If somebody would have told me, when I was a freshman, ‘this is not a good fit for you, you should probably go,’ I would have gone,” she said.

She got help from a faculty advisor and stuck with it. She’s a junior now, and hoping her college will be known for more than the bunny scandal by the time she graduates.