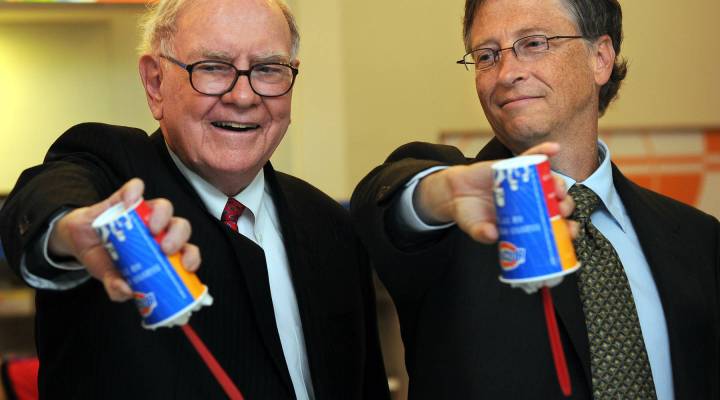 Billionaire Warren Buffett’s annual letter to Berkshire Hathaway shareholders is due out bright and early tomorrow morning. Investors, analysts and business journalists (hi) will spend the weekend poring over the letter, which is more of a “must-read” on Wall Street than your typical corporate report. Last year was the 50th anniversary, and Buffett published a 25,000-word letter that touched not just on the year’s performance, but an in-depth discussion of Berkshire Hathaway’s history and future.

After such a big anniversary, this year is bound to be a little low-key. While we wait, let’s revisit our conversation with Buffett and Carol Loomis, the former editor-at-large of Fortune Magazine who has also edited Buffett’s investor letters.

At one point during the interview, Kai Ryssdal asked how Buffett feels about his status as “the Oracle of Omaha.”

Ryssdal: What’s the most important thing that anybody has to know about Warren Buffett?

Loomis: I think the central thing about Warren — and people ought to understand it — is that he is totally rational about investing. Most people are gripped by emotion when they’re considering the investment; the stock goes down and they panic and they sell. Warren just buys more. Because he’s got a value theory built into his first purchase… Rationality is an essential part of how he has spent his life investing and building Berkshire Hathaway.

Ryssdal: You have this reputation as the Oracle of Omaha; people hang on your every word. Do you deserve it?

Buffett: No. [laughs] Carol says I’m rational, and I am. But that’s not limited to me. I’m in a business where temperament is more important than IQ. I would not do well trying to play top-notch chess; I can’t play top-notch bridge, I can play reasonable bridge. I mean, there’s all kinds of things I can’t do. But I can think rationally about business and investments. Most people let their temperament interfere with that. They excited when other people get excited; they get depressed when other people get depressed.

Ryssdal: It’s funny — you say rational, the word that comes to my mind is cold-blooded. And you don’t seem like a cold-blooded kind of guy.

Buffett: No. I have normal human emotions, believe me. But being rational means that when I decide whether a stock is worth $100 a share or $200 a share, I look at the facts and I don’t care what other people say. I don’t care whether that morning on television people are saying stocks are going to the moon or stocks are going to tank or whatever. I don’t pay any attention to what other people are saying about something; I just look at the facts. But I can be an emotional guy too — just watch me at a Nebraska football game.

One last moment from that interview: It’s common for Marketplace to check levels by asking the interviewee what they had for breakfast that day. Buffett, our nation’s foremost billionaire junk food fiend, told us he’d had Oreos and milk.