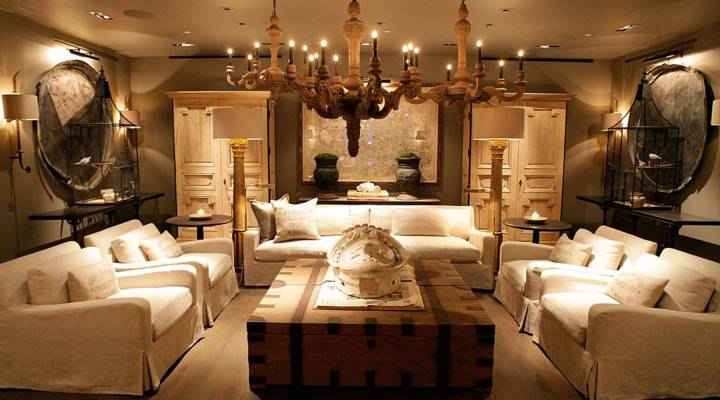 Consumers are spending a lot of money on their homes these days, fueling better-than-expected earnings reports from Lowe’s and Home Depot this week.

Not so at the upscale home furnishings store Restoration Hardware. On Wednesday, after the market close, the company reported disappointing earnings for the quarter ending in January. The company attributed some weakness to stock market volatility.

“Our sense is the increased volatility in the U.S. stock markets, especially the extreme conditions in January, which is historically our biggest month of the quarter for furniture sales, contributed to our performance,” chief executive Gary Friedman wrote in a note to investors.

But Telsey Advisory Group analyst Cristina Fernandez said those factors don’t seem to be hurting other home furnishings stores. She said Restoration Hardware’s troubles seem to be more of its own making, like not having enough inventory lined up after launching new products.

“Even if they get the orders, they can’t recognize them as sales until the product gets delivered,” she said.

“It’s a very promotional environment, especially when you look at a competitor like Wayfair– more or less the Amazon of that space,” she said.

Still, Spieckerman said Restoration Hardware is making some interesting moves, like launching a modern collection, which might just need time to play out.

For his part, shopper Jeff Lessard said he’s not turning away from the retailer anytime soon. Over the past year, he and his wife have dropped about $17,000 decorating their new home outside Boston with everything from pendant lights to couches to crushed velvet chairs.

“The chairs are the petite Belgian slope arm chairs,” he said. “It looks great in the space and is a design choice you simply couldn’t get or isn’t offered at a Pottery Barn or Crate & Barrel.” 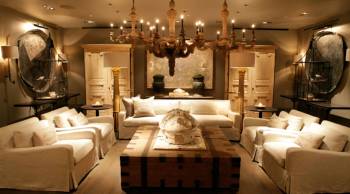