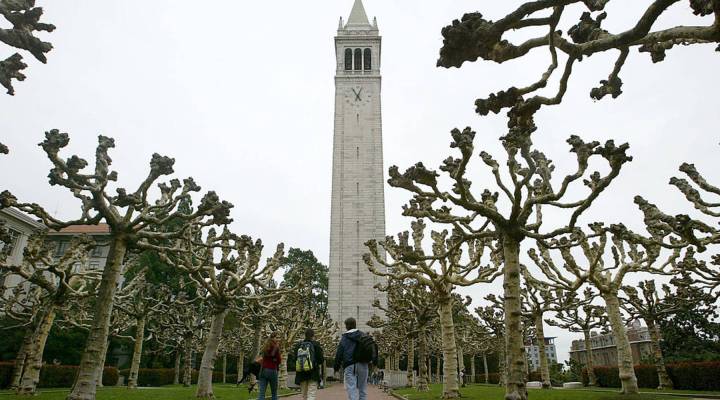 The University of California, Berkeley, will see a major budget overhaul in the next few years. That’s in light of the news that the campus is facing a $150 million structural deficit — meaning the campus is spending more than it makes.

Nicholas Dirks is chancellor at the University of California, Berkeley. He talked to Marketplace host Kai Ryssdal on how the campus plans to deal with the deficit.

“Are we going to look at some of our smaller professional schools and ask whether or not they could work better together?” Dirks said. “Yeah, we’re going to ask all of those questions.”

Other cost-cutting measures on the table include restructuring undergraduate academic programs and new developments for athletics — which has run up debt obligation since the recent renovation of Memorial Stadium. Another strategy is to improve the campus fundraising operations.

The university’s financial troubles have long been attributed to a steady decrease in state funding for public education over the past decade. A 5-year undergraduate tuition freeze has also exacerbated the deficit. Tuition and fees make up 30 percent of the campus’s total revenue, and are not set to increase till next fall.

The Berkeley campus and the entire UC  have some work to do, but these changes could influence the country’s higher education system as a whole, according to Dirks.

“This is a good time for all of us in higher education to think about the changes we are going to have to make,” Dirks said.

Click the audio player above for the full interview.