Mobile makers get together, and talk price

Mobile makers get together, and talk price

The world’s number one bash for mobile device makers kicks off this week, as more than a thousand companies from device manufacturers, to telecoms and software makers, descend upon Barcelona, Spain, for the Mobile World Congress.

While high-end phones with new features, such as virtual reality, are likely to grab lots of headlines, manufacturers looking to expand into areas that are not saturated with smartphones will be debuting lower-cost models.

“You can’t differentiate too much on these small glowing rectangles that we love to carry around in our pockets,” said Ramon Llamas. The IDC mobile analyst is watching companies such as ZTE, Micromax, and Xiaomi, “companies that you and I may not be familiar with intimately. But these are companies that have a presence within emerging markets.”

Companies with lower-cost phones have been making inroads in China and India, where they are also basing their manufacturing, Llamas said. These companies could gain more market share with the right kind of lower-cost smartphones with more advanced features, he said.

Llamas said new models, at even lower prices, will be aimed at markets in the Middle East and Africa.

Gene Munster of Piper Jaffray said expect these phones to look like “the nice phones from three years ago.” The advantage today is that manufacturing costs are lower for older technologies and that will help keep prices down, he said.

Still, Munster sees low-cost phones in new markets as a gamble. “Unfortunately for those manufacturers, there’s not a lot of profitability in those segments.”

While the margins are thin, there are a lot of new customers who have yet to form their smartphone habits. 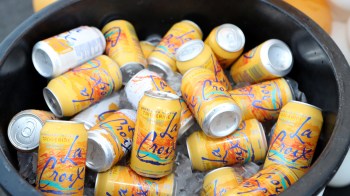