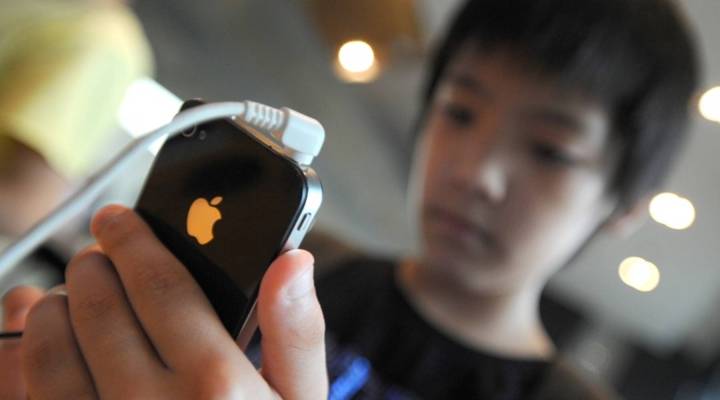 COPY
Apple may get points for taking a stand on privacy, but "do you come across as un-American" asks Ben Schachter of Macquarie Securities. PARK JI-HWAN/AFP/Getty Images

Apple may get points for taking a stand on privacy, but "do you come across as un-American" asks Ben Schachter of Macquarie Securities. PARK JI-HWAN/AFP/Getty Images
Listen Now

Apple is drawing both fire and support for refusing to assist law enforcement in unlocking the phone of one of the San Bernardino shooters.

In a letter to customers, CEO Tim Cook said it would require building a “backdoor” into the phone that doesn’t exist now, a move that would have far-reaching implications for the security of their phones.

The company has helped law enforcement unlock phones before, but that was different, said Rich Mogull, a security analyst and CEO of Securosis.

“Basically, what would happen before is Apple had a way using the equivalent of their existing repair tools,” he said. “But what Apple decided is the very fact that they could do that was a security vulnerability.”

Mogull said after the Edward Snowden revelations and even to certain extent before, Apple saw privacy and security as way to differentiate itself from its competitors.

Additionally, it decided it didn’t want to be a gatekeeper anymore, said Jonathan Zittrain, a law and computer science professor at Harvard University and co-founder of the Berkman Center for Internet and Society.

“Apple has been trying to make, in this respect, the iPhone a product, not a service,” he said. “It’s just, ‘You’ve got the phone, it’s your phone, we, Apple, don’t want anything to do with it from now on with respect to the contents of the phone, if you want to gate them off from us and everyone else.’”

Zittrain said, in the future, tech companies may build their security walls so high and strong, they can’t be breached, no matter what.

For now, Apple may get points for taking a stand on privacy, but Ben Schachter at Macquarie Securities said this case might not have been the ideal moment to take that stand.

“One of the challenges, I think, for Apple, Google and others in this type of scenario is do you come across as un-American, or on the side of terrorists, or things that are easy to boil down to that type of one glib statement,” he said.

However, Schachter added that Apple is a multinational company in a global economy, so this isn’t just an American issue.