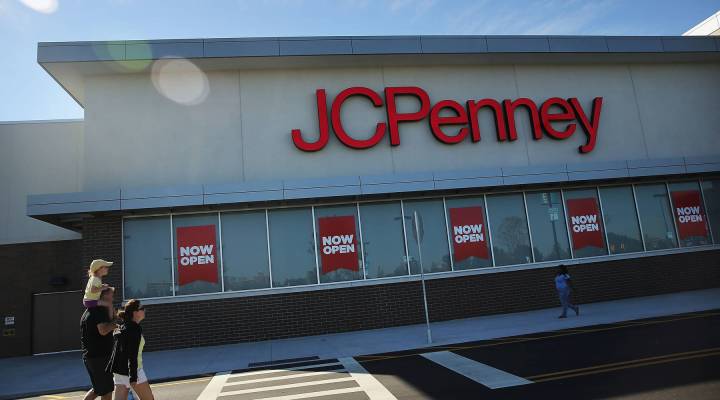 In its ongoing turnaround efforts, J.C. Penney has decided to capitalize on growing real estate sales and get into the appliance business.

The retailer has had a difficult few years. It had two rounds of store closures in 2014 and 2015. It shuttered more than 70 locations and laid off thousands of employees as it fought for survival following a failed strategy to forego sales promotions and offer everyday low prices instead.

It gave up on that plan, brought back promotions and has seen its revenues pick up. Now, the retailer is trying to further beef up sales by appealing to its female-skewing customer base with appliances, adding washing machines, refrigerators and the rest to its product line.

“Our target customer is the modern American mom,” said John Tighe, J.C. Penney’s recently promoted chief merchant. Selling appliances was his brain child. The company is banking on those mom customers being the primary decision makers for appliances in their households.

“Customers were going to our website looking to see if we sold major appliances,” Tighe said. “Maybe it’s a good idea that we sell them.”

The retailer has launched a pilot program in San Diego, San Antonio and Tampa, Florida.

“We’re testing lots of different configurations, assortment mixes, placement in the store,” said Tighe. The results of those tests will inform the expansion of appliance sales to other stores in the fall.

The idea comes at a time when existing home sales were up almost 14.7 percent by the end of 2015, according to the National Association of Realtors.

Consumers are more optimistic, they are starting to think about big purchases such as homes or moving into bigger apartments, said retail analyst Paul Swinand of Morningstar. “As they do that … they’re also going to want appliances,” he said.

But Best Buy, Sears and home improvement chains Lowe’s and Home Depot have already locked up a vast majority of the appliance market.

“One of the challenges for J.C. Penney will be getting shoppers to think about the regional mall as a location for appliances,” said Mary Brett Whitfield, a department store analyst at Kantar Retail.

Many J.C. Penney stores are inside malls, along with many Sears stores, which commanded 28 percent of the appliance market share in 2014 — although that number is forecast to decline.