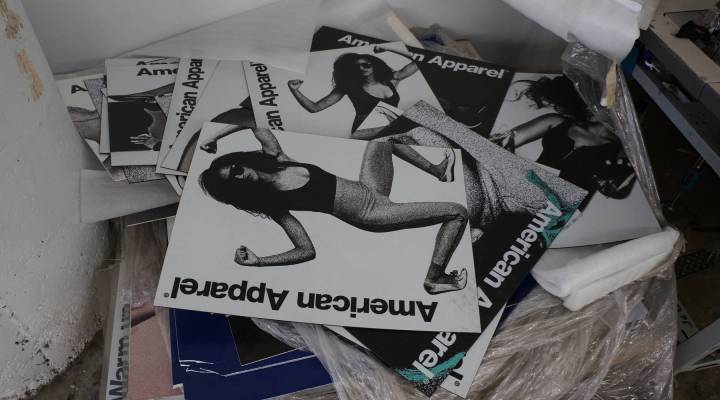 The last two years at American Apparel, the Los Angeles-based clothing manufacturer and retailer known for plain T-shirts and racy ad campaigns, have been anything but boring.

In June 2014, its founder and CEO, Dov Charney, was suspended by the company’s board for reasons that could be considered HR related, but also financial — the company had been losing money for years (Marketplace interviewed Charney in January of that year).

A new CEO was brought in to help clean up the mess and revive the company. That turned out to be Paula Schneider. This wouldn’t be her first turnaround, but even Schneider would admit she was surprised by what she found, or rather, what she didn’t find.

“It got to such a massive size without a lot of processes and procedures in place. That was the power of the brand. The brand got it here but it wasn’t sustainable.”

Schneider was officially named CEO in December 2014. The following year, American Apparel battled attempts from Charney to take back control of the company. The clothing company also experienced some serious cash flow problems.

Today, the company is out of bankruptcy and Schneider is looking forward to implementing some of the plans she’s made for the company. Her list includes everything from revamping stores to changing the styles that American Apparel has been producing for years.

On why she took the CEO job at American Apparel:

Because it’s a fantastic brand. And because of what it does. It keeps so many people employed, there’s so many people that eat off the plate of American Apparel, and it’s the tentpole for manufacturing in the United States. And it sort of goes with my own ethos. I lean left in politics. I’m all for immigration reform. I’m all for LGBT rights. It fell right in with what I believe.

On her big plans for women’s clothing:

We’re doing a whole new group of T-shirts … a lot of the T-shirts that we had, even in women’s, were of a more masculine fabric — heavier weight fabrics, more like a guy’s T-shirt. The world has changed dramatically in that area. And if you don’t own the T— that’s what we should be owning.

On the metric she’s looking at to judge her own success:

Sell through by style. That means every week, you look at what’s selling, and you can see the percentage that it sells through and how quickly it’s selling. Because that gives us basis, some analysis for us to look at — hey, that worked for us because it was made out of two-by-two rib and it was a bodysuit or whatever it might be, and how do we expand upon those categories … to make the brother, sister, cousin of that item. And yeah, this is pretty basic.

American Apparel workers show the Marketplace how garments are made.

Listen to the full interview by subscribing to our Corner Office podcast on iTunes.