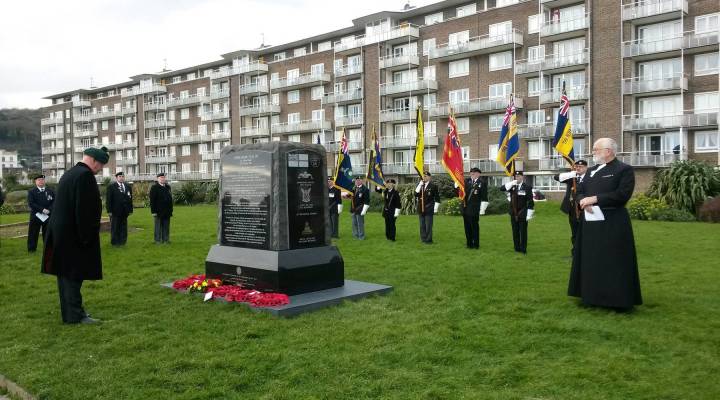 Not far from Dover’s famous white cliffs, in a bitingly cold wind, an open-air service of remembrance was underway. A small group of elderly veterans had gathered to pay their respects to those who died in an heroic, but doomed mission over the English Channel during the second world war. In Operation Fuller, six canvas-covered British biplanes, “string bags” they were called, took on the might of the German Navy and were shot to pieces.

For one local campaigner who wants Britain to leave the European Union, last week’s remembrance on the Dover seafront was a timely reminder of the many lives lost in the defense of the realm.

“During World War II, we had many hundreds of thousands of men who made the ultimate sacrifice in laying down their lives defending our country. They were defending our sovereignty,” said David Little, a local pub landlord and a former parliamentary candidate for the U.K. Independence Party.  “We’re not laying down our lives, but people like myself that are campaigning to leave the EU feel very strongly about self-determination, passing our own laws and being independent from the European Union.”

Local supporters of the EU drew a very different moral from the Operation Fuller memorial service. Antony Hook, a lawyer and member of the pro-European Liberal Democrat Party, said the service underlined the EU’s finest achievement.

“What the European Union has done is abolish war in Europe. We’re now at a point where war in Europe is inconceivable, and that’s something that we need to protect,” he said.

The prospect of a British referendum on EU membership as early as this June has intensified the debate over the benefits and the drawbacks of belonging to the 28-nation bloc.

Dover is divided over the issue.

On the one hand people like Terry Sutton — a local historian — fears the impact that withdrawal would have on the Port of Dover.

“We do very well out of the European community” he said. “If we pulled out, they’d put back tariffs on our goods and there would be less work for Dover Docks.”

On the other  hand, some residents, like Daphne Duggan, fret about other European citizens having the right to come and settle in Britain .

“You have all these immigrants coming in. I have nothing against them. It’s just there’s too many. We’re only a small island,” she said, adding that she will “ definitely vote out” in the referendum.

During World War II, the white cliffs of Dover became a global beacon of freedom and hope. Today the people of this town — and of Britain generally — see two different paths to freedom and hope. Those who want to stay in the EU say they want to be able to trade without tariffs with 500 million other European citizens and be free to live, work and study wherever they want in Europe. But opponents of EU membership argue that Britain should unshackle itself from a declining continent, strike trade deals with countries around the world and set itself truly free. This debate is likely to rage in Dover and across Britain until the referendum.