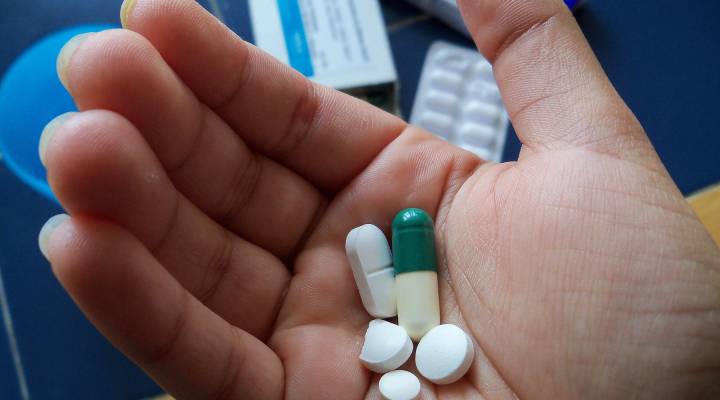 COPY
Drug companies are not only in the spotlight for price setting, but now they may be required to be transparent about R&D spending.  Kiran Foster/Flickr

Drug companies are not only in the spotlight for price setting, but now they may be required to be transparent about R&D spending.  Kiran Foster/Flickr
Listen Now

There’s a line of thinking in health care these days that goes something like this: To get more bang for the buck in medicine, you need more transparency about how much things really cost.

And it is in that line of thinking that the Obama Administration has proposed this idea in its budget, to require drugmakers to share publicly what they’re spending on research and development. It’s also an idea that’s on the table in half a dozen capitals around the country.

While it can be hard to hate on transparency — that’s like hating on baseball, apple pie or Taylor Swift — the industry trade group PhRMA has got no love.

“What we’ve seen in some states and in the [federal] budget is potential price controls. If that’s what we are going towards then of course we fundamentally disagree,” she said.

As drug costs keep rising, it’s clear there’s a growing chorus to reign that in. But Ken Kaitin with the Tufts Center for the Study of Drug Development said looking at R&D costs is looking at the wrong thing.

“All of these transparency initiatives are based on the premise that if we know how much you spent to develop this product, we’ll have a better idea of how much you should charge for that product,” he said. “And that’s just not the way it works.”

Based on his research, Kaitin calculates the cost of bringing a drug to market is $2.6 billion. And when it comes to setting a price for a drug that costs $20 or $90,000, Kaitin said the three key factors are whether there are competitors, what people are willing to pay and the value to patients.

Dr. Ron Cohen, head of the biotechnology firm Acorda Therapeutics, said figuring out value — and how to reward it — is the way forward.

“We are being paid for the actual outcomes for the patients who take our medications,” he said. “Those are the sorts of things we are signing up for and need to continue to sign up for.”