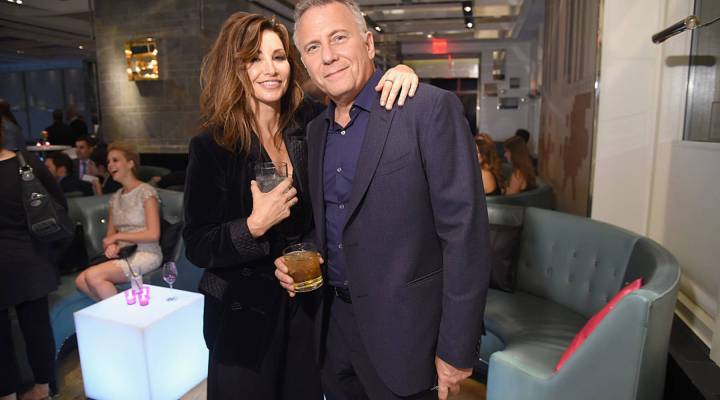 No matter who you are, you probably had a job that changed you, or you learned a financial lesson that stuck with you. Each week, we ask actors, writers, comedians and musicians to open up and tell us about how money played a role in their life. This week, actor Paul Reiser stepped into our New York bureau to fill out our questionnaire based on his experiences with money.

Money can’t buy you happiness but it can buy you a car. And with that car, you could go out and try to get happy. Also, you could buy the names of people who connect you to happy making things. So, it’s not a bad thing. People look down upon money, no, money can’t buy happiness, but lack of money can buy unhappiness. I’m going to get that printed up on a mug.

In my next life, I would like to be the guy who sits at home, comes up with an idea for an app that sells for a billion dollars. Which I notice now, I have a lot of friends whose kids, that is the extent of their career plan. They sit at home and they scratch their heads and they go, “I am going to come up with it. I have an idea.” There are billion-dollar ideas, I just have to tap it. But there is no gradation, there’s no let me work and work until something becomes bigger. I love that the business model is now, “I’m just going to go straight to the billion-dollar idea. It’ll take me a minute though.” So in my next life, I’d like to be the person … or even the person next to the idea. I don’t need the billion, I just wanna go, ‘Ooh! I was there when that happened.”

Interesting question, the hardest part about my job that no one knows. I always quote George Carlin who said, “I perform for free but you gotta pay me to sit in the airport.” That’s about it, that’s exactly right. There’s nothing more fun for a comedian, if you’re born to be a comedian, there’s nothing more fun than being on stage. It’s all the hours getting up to it that need to be compensated.

Let me think about this … you know, this is a little bit of a quiz. I’m going to be honest, I wanted so badly a football helmet, and I was about 11, and I didn’t play football, I would play catch in the backyard with friends, and I grew up in the city so I wanted to be that guy, so I put on a helmet and there was no team, so I would run into a wall and I did it once and went, “You know, that’s not that fun.” And I regretted having really insisted on the helmet. It’s a lovely ashtray in my den.

When did you realize acting could be an actual career?

You know when I first realized acting could lead to something was when I got out of trouble in school, and I just fibbed my way and I said, “No that was actually, that wasn’t me at all. I know it looks like I broke that, but what happened was…” And I was so convincing, I went, “You know what, this is going to work out. I actually lied myself right out of prison time.”

My first job … I had a job in college working in a warehouse. And I had to come in early in the morning and I had to drive a little golf cart around the yard and just take inventory of what trucks and what trailers were dropped off during the night. And just write em down. And I would invariably miss about six of them. Then I would go into the head guy, and he went, “Hey college kid, how did you miss this? It’s an 80-foot trailer. How did you miss it?” I would miss entire trucks. I made a note on my career option list, trucking industry, perhaps not for me.

What advice do you wish someone gave you before your started your career?

The only piece of advice that I ever got growing up, and it’s the same advice that I offer everybody now, from my children to strangers: take a jacket. You can always not wear it, but if you don’t have it you can’t wear it. So I say take a jacket, either for warmth or for formality, or just to have pockets to put stuff in. You can’t go wrong with a light jacket.