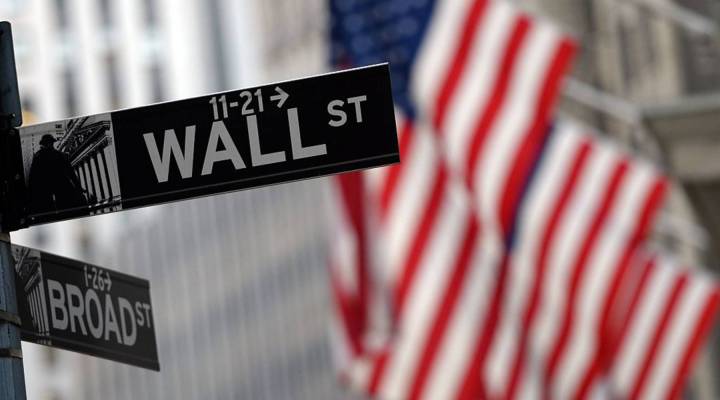 COPY
Presidential candidates like Hillary Clinton and Jeb Bush have come under fire for how much money they get from Wall Street donations, but does it make that big of a difference? TIMOTHY A. CLARY/AFP/Getty Images

Presidential candidates like Hillary Clinton and Jeb Bush have come under fire for how much money they get from Wall Street donations, but does it make that big of a difference? TIMOTHY A. CLARY/AFP/Getty Images
Listen Now

Wall Street gave more than $100 million dollars to presidential candidates and their super PACs in 2015.

“This is a massive amount of money,” said Sheila Krumholz, the executive director of Center for Responsive Politics, which crunched this data. “Finance is year after year, cycle after cycle, the number one source of campaign cash.”

Yet these donations typically don’t come from corporate funds. In fact, firms like Goldman Sachs and JP Morgan Chase have policies against using corporate funds for political campaigns. “Ninety percent of the money is coming from individuals,” said Krumholz.

That includes both mega-donors giving millions to Super PACs and employees from Wall Street companies who often make smaller donations directly to a candidate’s campaign.

“They’re giving for their own personal proclivities, but they’re also giving to advance the firms’ interests,” said Bruce Freed, president of the Center for Political Accountability, which seeks to improve corporate disclosures of political spending. He said companies often shy from giving corporate funds, in part, because they worry it could upset the public or shareholders. “There’s an expectation that folks at top will give,” he said, adding their compensation package may informally reflect this expectation. “But it’s not explicit.”

Legally, companies can suggest executives make a contribution or attend a fundraiser, but they can’t mandate it, said Ronald Jacobs, chair of the political law practice at Venable LLP. Jacobs said such activities are often more focused on local or congressional campaigns than presidential races. “It’s a politician who represents [their] district or is on the committee that oversees [their] industry,” he said. “Those kinds of targeted connections.”

In fact, when viewed as an investment, campaign donations offer puzzling returns.

“There are hundreds of studies on this,” said Stephen Ansolabehere, a professor of government at Harvard University. “It’s very hard to see any consistent statistically meaningful pattern.” He suggested the motivation for a large presidential donations “could more of a, ‘I want to be socially powerful, throw my weight around and show how big a person I am.’”

That goes against conventional and popular wisdom, in which candidates are often viewed as beholden to their donors.

While Ansolabehere said there are occasionally specific instances of corruption or persuasion, there’s little evidence to suggest the access donors may get to candidates results the policy they may be seeking. In fact, political contributions add up a tiny fraction of both the annual income of large donors and Wall Street revenues.

If the contributions gave better returns, Ansolabehere expected there would be a lot more of them.