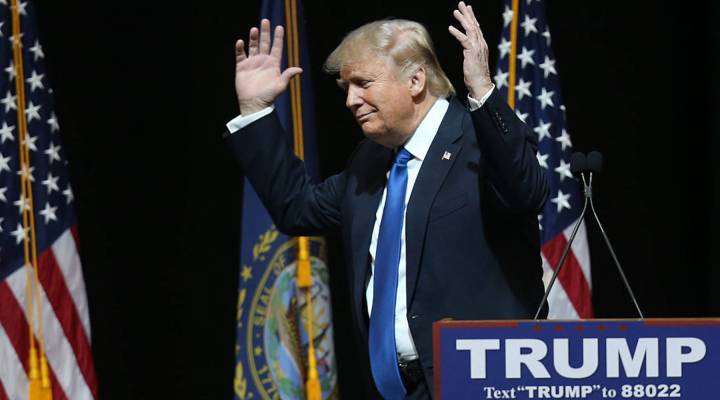 Donald Trump won big time in New Hampshire last night, and something the presidential candidate touted in his victory speech was that his campaign was self-funded.

“The average self-funder will donate to their own campaign as much money as they need to run for president,” Confessore said. “Donald Trump is doing something a bit different. Almost all of the money of his that’s in the campaign is money he loaned the campaign.”

Trump also gets about half his money for the campaign from grassroots donors who send in personal checks or buy hats and t-shirts with his face on them. Essentially, Trump is moving money from one pocket to another.

So how does he do it?

Yet, Confessore said what Trump is doing is not against the law. As long as Trump‘s companies do not make illegal corporate contributions directly to his presidential campaign, Trump’s financial strategy is entirely legal.

Hear the full conversation in the audio player above.