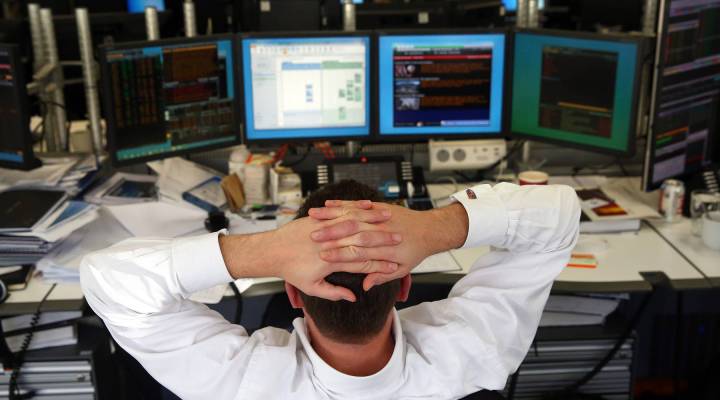 It’s Bonus Season! The time of year in many industries, from Silicon Valley to Wall Street to big law firms and beyond, where bonuses rain down upon employees who greet them with a mix of cheers, tears, resentment, and … soul-relieving cries of freedom.

Freedom, because now that they have their bonuses, they can get the hell out.

It’s a problem for companies, not knowing who or how many employees are going to give them the old two-weeks two seconds after that bonus check drops.

“The cost of losing an employee is much higher than it seems,” said Josh Bersin, principal of Bersin by Deloitte at Deloitte Consulting LLP.  Yeah, sure, there’s the recruiting cost, the cost of advertising a new position, the time required to do so, the dings to morale among the suckers who stay.

“But the bigger problem is you lose the learning curve of that person,” said Bersin. “The first few months you have an employee you’re really not making any money by having that person cause they’re learning how to do their job so they’re relatively unproductive.”

In dollars, the cost of replacing an employee can be 1.5 to sometimes three times the position’s annual salary, according to various estimates by Bersin and firms like Visier.  For large companies, that can mean tens of millions of dollars.

There’s another cost.  Some departing employees have sticky fingers.

Compounding the problem is the current hot job market, where it’s a lot easier for people to find another job, and therefore a lot easier to quit than just a few years ago.  Growth industries like Silicon Valley have sent out armies of poachers, luring away top talent in a multitude of industries.

“It’s very cyclical with the economy,” said Bersin, who is located in Oakland, California. “Out here where I live the job market is so hot, talent acquisition and HR execs are in a panic.”

But those execs are in luck. We live in a big data world where our phones know where we’ve been, our browsers know what we want to buy, and our music players know what music we’ll like. It is also becoming a world where employers know when their employees are likely to quit. Possibly even before those employees know themselves.

“Sometimes just seeing changes in behavior in computer usage or downloading or other types of communications can be a sign you have a group of people who are unhappy,” said Christine Lyon, a partner at law firm Morrison and Foerster in Palo Alto, California. “And I think what you’ll see overtime with big data especially is more employers trying to read the tea leaves.”

That is exactly what David Weisbeck and his firm, Visier, do.  He’s chief strategy officer there.  They help companies use big data to predict who’s at risk of leaving.

“Yeah, it may seem a little bit like magic, but I promise you it’s not,” said Weisbeck. Their algorithms go well beyond whether someone is updating their linked in profile. “People tend to leave in patterns. They don’t tend to leave from a statistics point of view in pure randomness.”

The patterns Visier is able to suss out are different for different companies.

“We had one organization that, well I’ll say they’re in a prairie state, they have to do a lot of relocations of talent,” he said. So they started looking at how far away were new hires from home, from where they grew up. “And what the relationship was between that and turnover and they found a very strong relationship there.”

Other useful info: when was the last time someone was promoted? Is she underpaid, even if she doesn’t know it? Some firms look at whether employees are exporting large quantities of data like contacts, or whether they’re suddenly saving a lot of information as zip files.

Weisbeck says his algorithms are 10 times more accurate than guesses from people in HR. He says it can give companies time to convince people to stay.

“Look at those individuals now and understand what are their drivers and what would make them more successful in an organization,” he said.

So who knows, you might have an algorithm to thank for your next raise.

Correction: A previous version of this story misstated Josh Bersin’s location. He is currently based in Oakland, California.