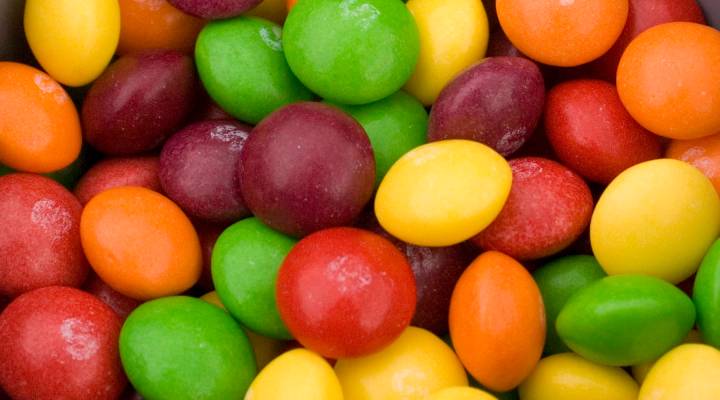 COPY
Mars Inc. will soon be tasting a new rainbow after deciding to no longer use artificial coloring in their products.  Kit Carruthers/Flickr

Mars Inc. will soon be tasting a new rainbow after deciding to no longer use artificial coloring in their products.  Kit Carruthers/Flickr
Listen Now

Mars, Inc., the candy company behind treats such as M&Ms, Skittles and Snickers, plans to phase out all of the artificial coloring in its “human food products” (the company also makes pet food). Natural coloring is something Mars already does in much of Europe, but not here in the U.S. The company’s statement said it was responding to consumer demands – people want healthier choices, even in their candy.

For a giant candy company like Mars, which posted $33 billion in revenue last year, the color of the candy is a big deal. The company organized a nationwide vote to have blue replace tan M&Ms in the 90s and today, people even argue about their second favorite color of Starburst.

“It’s going to be an inconsistent product, now, because it comes from nature,” he said. “They’ve got to test it out and see, when they make these candy bars, can they actually get a consistent color. Have you ever seen a Milky Way bar? It’s the same color every time.”

Mars has more than 50 brands under its portfolio and is giving itself five years to complete the switch.