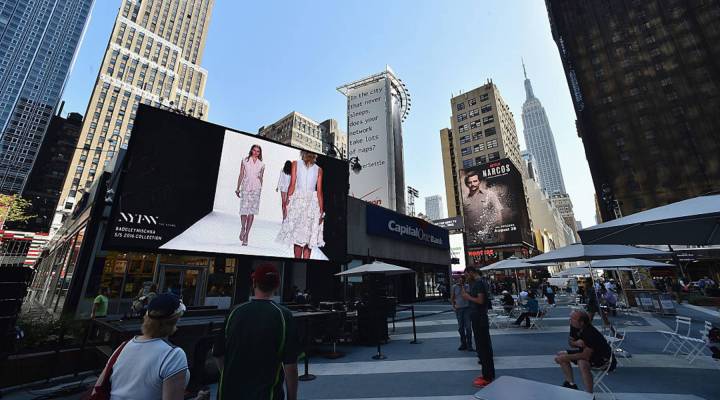 The twice-yearly ritual known as New York Fashion Week starts Thursday, but it’s entirely possible it’s not going to be the same kind of ritual much longer. Designers and fashion houses are having to change how they work as the economy changes around them. Elizabeth Holmes is a senior style reporter for The Wall Street Journal.

On Burberry releasing their clothes at the same time of the fashion show:

Frankly, from a business standpoint, it makes a lot of sense. These designers spend hundreds of thousands of dollars on these really flashy productions and they get the customers really excited, so why wouldn’t they want to make them buy as soon as possible?

On why production is being sped up:

The fast fashion players – the Zaras and the H&Ms of the world – are able to copy this stuff really quickly, so within six weeks of a show happening, you can see that stuff show up in a Zara whereas the designer might not have it for another six months.

On the future of fashion week:

Fashion week as an industry event is not going to be necessary, that all these designers are going to have private showroom appointments where they sort of wine and dine their buyers and editors that way and then for public consumption, they’ll still want to do something once or twice a year to get people really excited … but this current model is just not going to last.